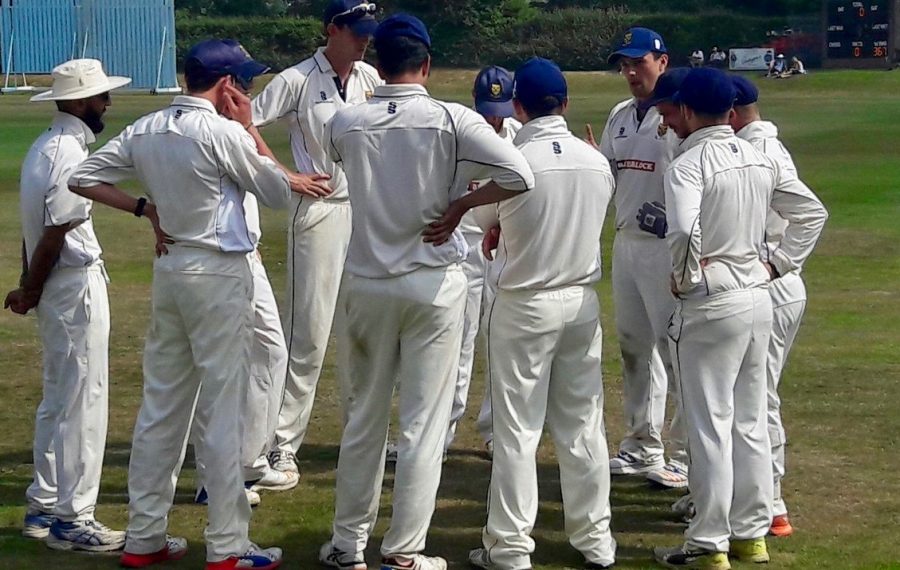 Shropshire captain Steve Leach firmly believes there is much more to come from his side as the county target their first victory of the season in the Unicorns Championship against Oxfordshire.

Shropshire have opened the season with draws against Wales and Herefordshire to leave them sixth in the Western Division table, 14 points adrift of early leaders Berkshire.

Leach now wants the county to play with more consistency as he looks forward to the three-day clash with fourth-placed Oxfordshire, which starts on Sunday at Shifnal, his home club ground.

Leach said: “I think we all realise that we’re operating slightly below what we’re capable of, which is disappointing. As far as I’m concerned, if we just nail what we do then that’s as much as I’m looking for as a captain.

“We’re two draws from two and we obviously would have liked to be in a better situation than we’re currently in.

“Everyone else also drew the first game of the season because of the weather. The last game against Herefordshire was on a very flat pitch, so we weren’t really going to force a result in that game given how it went, although there were periods where we could have been considerably better.

“There were some good individual performance overall and, while I don’t really like saying it, we showed glimpses of what we’re capable of, but all know we need to be more consistent over three days.

“It is up to us to be better and we’re not making any excuses. We know that we’ve got to be better and hopefully we’ll see a bit of a reaction really in this next game against Oxfordshire and I’m looking for a positive result at Shifnal.”

Leach, who has fond memories of beating Oxfordshire by 56 runs at Aston Rowant in the Championship last season, knows plenty about Shropshire’s next opponents from his time studying in Oxford and playing for Oxford MCCU.

“They are a dangerous team and they’ve got some very good players,” he said. “We had a really good result there last year. It was a little bit of a contrived result because we lost the second day to rain, but we bowled and fielded really nicely in Oxfordshire’s second innings.

“I’ve got a couple of friends, former team mates, that play for Oxfordshire, the likes of Lloyd Sabin, and he’s a very talented player. He’s certainly one to watch out for, but we’re aware of him.”

Leach, an opening batsman, scored half centuries in both Shropshire’s innings against Herefordshire at Whitchurch earlier this month, and while he stressed the team’s fortunes are most important, he’s determined to lead from the front and continue to make a significant contribution at the top of the order.

He added: “It was a pretty low feeling really after the Herefordshire game because I got stumped in the second innings. It wasn’t the best shot in the world and I’ll put my hands up to that.

“But I started to feel a little bit better in the last game and, as a batter, your only currency is runs, so I’m not going to rest on my laurels.

“I want more and more every time I go out to bat. It would be wrong of me to be playing if I didn’t have that mindset really.”

The first ball will be bowled at Shifnal at 11am on Sunday with admission free for spectators on all three days.

Pictured: Shropshire captain Steve Leach speaks to his team mates during the last match against Herefordshire at Whitchurch earlier this month.

Young all-rounders Home and Pennington return for Shropshire against Oxford...
Scroll to top