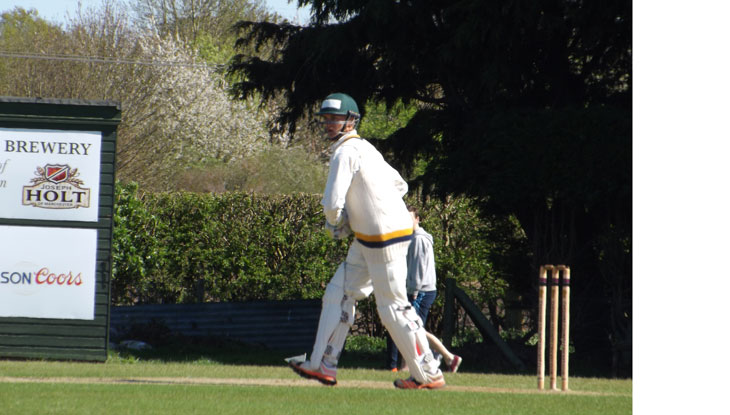 Shropshire coach Karl Krikken has high hopes England under-19 star Joe Clarke, an Oswestry player, can show his home crowd just what he can do when the county take on Northumberland at Morda Road on Sunday.
Shropshire have lost both of their opening group games in the Unicorns Trophy this season, against Cumberland and Cheshire, and victory this weekend is really essential to keep alive their chances of qualifying for the knockout stage
Wicketkeeper Clarke, who bats in the top three, has been out without scoring in Shropshire’s first two matches of the 2015 season, but hinted at his potential in between by cracking an excellent 138 for Oswestry in their Birmingham League opener against Walsall last Saturday.
Now Krikken wants Clarke, from Trefonen, just outside Oswestry, to play his part in helping to guide Shropshire to their first victory of the campaign.
“Joe’s a quality player, as we saw last year when he played for us,” said Krikken. “He got a good ball in the first game against Cumberland and last weekend at Cheshire he was unfortunate to be run out.
“But he got 130 for Oswestry last Saturday and when he’s having balls thrown at him in the warm up he’s shaping up well while he’s also kept wicket very well for us.
“He’s definitely one for the future and he’s a very good player.”
Krikken felt there were some positives to emerge in the 95 run reverse at Nantwich against Cheshire, notably an improved batting performance, but he’s aware Shropshire will need to be at their best against a Northumberland side captained by former Leicestershire star Jacques du Tiot.
“He’s a decent player, Jacques, a talented lad, so we know we have to play well,” said Krikken, who is looking forward to returning to Oswestry.
“There was a tremendous atmosphere when we played there last year,” he added. “Hopefully the weather is kind and there should be a good crowd there once again to support us.
“We’re still in there fighting in the group, but we need better performances all round.”
Shropshire are the only side in their group still seeking their first point of the season while Cheshire, Cumberland, Lincolnshire and Northumberland all have two each.
The first ball will be bowled at Oswestry at 11am on Sunday and admission is free.
Pictured Joe Clarke batting against Cheshire 2015
http://www.shropshireccc.co.uk/wp-content/uploads/2015/04/Joe-Clarke.jpg-2.jpg 415 730 Brian Foxall http://www.shropshireccc.co.uk/wp-content/uploads/2013/12/SCC-Website-Logo-340x156-WhiteText.png Brian Foxall2015-04-28 10:55:192015-04-29 19:03:32Coach backing Clarke to shine for County
Website photographs

Changes made for Northumberland fixture.
Scroll to top