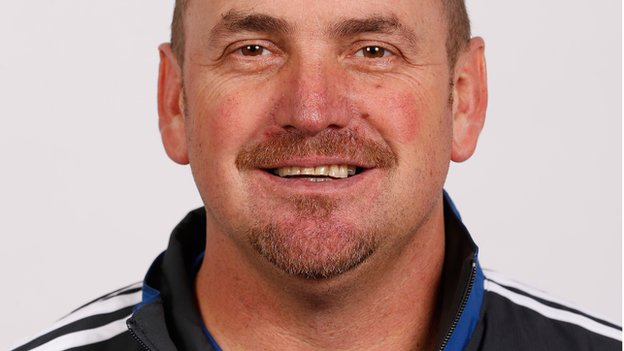 Shropshire coach Karl Krikken is seeking a positive response from his side at Cheshire this weekend after the county opened their season with a disappointing 132 run defeat at home to Cumberland.
Shropshire were bowled out for 137 inside 23 overs in reply to Cumberland’s competitive total of 269-8 in their first Unicorns Trophy group game at Shrewsbury’s London Road ground.
Krikken admitted it was not the start Shropshire wanted and now he is looking for a much improved display against Cheshire at Nantwich on Sunday.
“A few of the players are playing second team cricket or university cricket this week and hopefully we can come back stronger next week,” said Krikken.
“They’re as disappointed as I am and the staff are, but hopefully we’ll come back stronger. Cheshire are normally a decent side so it’s a difficult one to go into but we’ll go in fighting.”
Cumberland, invited to bat first by Shropshire captain James Ralph, posted a challenging total of 269-8 from their 50 overs.
Penrith batsman Alex Atkinson top scored with 50 and opener Karl Turner chipped in with 38 for the visitors.
Ben Sanderson (2-35), Gurman Randhawa (2-45) and Jack Edwards (2-47) were the pick of the Shropshire bowlers.
Shropshire were boosted by the availability of England under-19 internationals Ed Barnard and Joe Clarke in the top four of their batting line up.
But the promising pair, both made available by Worcestershire, were unable to trouble the scorers as the hosts quickly found themselves in trouble at 15-3 with Ryan Lockley also falling cheaply.
Opener Steve Leach, playing on his home club ground, was high on confidence having cracked his maiden first-class century a few days earlier, an unbeaten 110 for Oxford MCCU against Surrey, but he departed for 19 to leave Shropshire struggling at 42-4.
It quickly became 62-7 and, although Randhawa (34) and Ross Aucott (28) offered some resistance down the order, Shropshire were removed for 137, with Scott Lees (3-21) and Turner (3-36) both among the wickets for a Cumberland side captained by former Durham man Gary Pratt.
“We knew that we had to bat a bit of time and one of the top six had to get in, but it never transpired,” added coach Krikken.
“To get three down fairly quickly you’ve got to consolidate, but we were never able to do that and but for a bit of a rally at the end it could have been a lot worse.”
Stuart Dunn
http://www.shropshireccc.co.uk/wp-content/uploads/2015/04/Karl-Krikken.jpg 351 624 Brian Foxall http://www.shropshireccc.co.uk/wp-content/uploads/2013/12/SCC-Website-Logo-340x156-WhiteText.png Brian Foxall2015-04-19 18:14:352015-04-19 20:15:47Coach Krikken seeking a positive response
Team to face Cumberland in first Trophy match

One change as Shropshire seek first win
Scroll to top