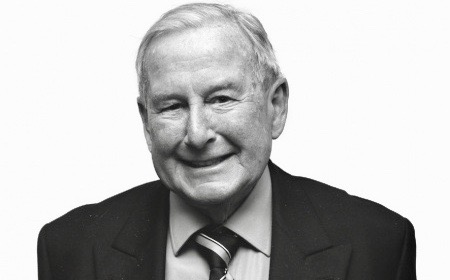 Shropshire County Cricket Club is deeply saddened to learn of the passing of honorary life member John Bennett, our former club chairman, at the age of 91.

A wonderful supporter of Shropshire cricket, he regularly attended the county’s matches both home and away right into his 90th year.

John, who also served as chairman and president of the Shropshire Cricket Board, played club cricket for Montgomery and Wroxeter as an opening batsman.

Toby Shaw, the Shropshire CCC chairman, said: “John was a great supporter of the club and of Shropshire cricket. He contributed so much over so many years. John was very well known in local cricketing circles and always so positive and receptive about the changing face of the game. Our thoughts are with John’s family and friends at this difficult time.”

Mike Jones, who was Shropshire chairman between 1986-92, added: “John was an excellent committee member when I was chairman and then became a superb chairman of the club. He had a very dry sense of humour and will be very much missed.”

Shropshire vice-chairman John Hulme said: “John was a very fine player in the great Wroxeter side of the late 1960s and 1970s. He made an enormous contribution to Shropshire cricket and will be sadly missed by so many throughout Shropshire and beyond. He was a true gentleman.”

Photograph courtesy of Kidz in Focus.