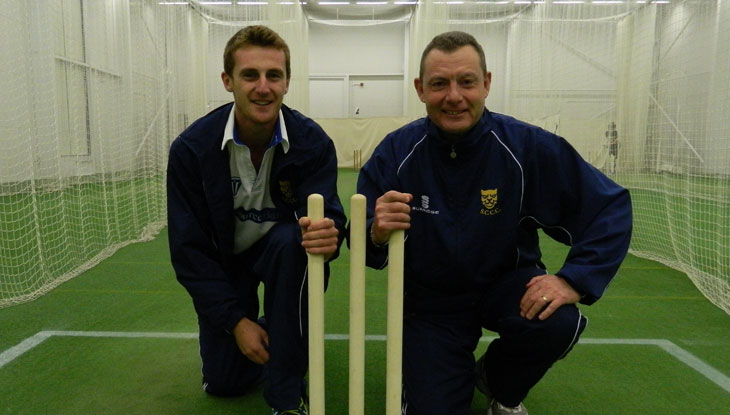 Shropshire are excited about staging a reunion with several of their former players when they host Worcestershire Rapids in a special Twenty20 challenge match in May.
The game, to be played at Bridgnorth Cricket Club on Wednesday, May 20 (5.30pm), will allow Shropshire to pit their wits against the New Road stars who clinched promotion to the first division of the County Championship last year.
England allrounder Moeen Ali, Pakistan spinner Saeed Ajmal and New Zealand batsman Colin Munro will all be part of the Worcestershire squad for the 2015 season.
There will be plenty of local interest, too, as Worcestershire include in their ranks former Shropshire players Jack Shantry, Richard Oliver, Joe Leach, Ed Barnard and Joe Clarke while ex-Shropshire coach Kevin Sharp is also now on the staff at New Road.
Shropshire have previously met Worcestershire in popular T20 challenge matches at Wellington, Shrewsbury and Shifnal.
Last year the county took on Birmingham Bears, the one-day name for Warwickshire’s side, at Bridgnorth in front of a big crowd.
“I’m delighted that Worcestershire are coming back,” said Toby Shaw, the Shropshire chairman. “The fact they have a number of our ex-county players who have now gone on to make their way in the first class game with Worcester really adds to the excitmement.
“I’ve spoken to Steve Rhodes, Worcestershire’s Director of Cricket, and he was very positive about bringing a very good side to play us.
“These are always very popular occasions and Bridgnorth as a club are magnificent hosts, both in preparing the ground but also for their off the field support.
“Over 800 people watched the Birmingham Bears game last year so if we can replicate that it will be fantastic.
“Bridgnorth is an easy ground for the Worcestershire supporters to reach so hopefully many of them will come along and we should get a good crowd. I just hope the weather will be kind to us again.”
Admission will be £5 to be paid at the ground on the night of the game with no advance tickets available.
The match will be 48 hours before Worcestershire Rapids launch their NatWest T20 Blast campaign against Birmingham Bears at Edgbaston.
It will also serve as an important part of Shropshire’s preparations for the inaugural Unicorns T20 competition with the county taking on Oxfordshire at Eastnor CC on Sunday, May 31.
Should they win that tie, an area final would follow against either Herefordshire or Wales later the same day.
Shropshire, under former Derbyshire coach Karl Krikken, begin their competitive season with a Unicorns Trophy clash against Cumberland at Shrewsbury’s London Road ground on Sunday, April 19.
Pictured: Richard Oliver, the former Shropshire captain, and ex-county coach Kevin Sharp who will both return with Worcestershire Rapids for the Twenty20 challenge match at Bridgnorth on May 20.

Warm up fixture against Staffordshire
Scroll to top