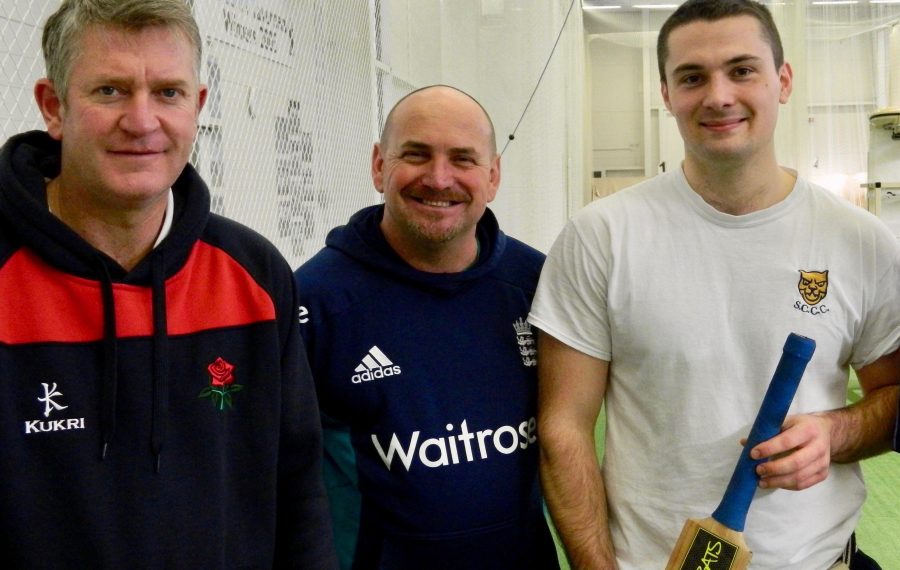 Yates, an off spinning all-rounder who played for Lancashire for 15 years, has lent his expertise to Shropshire’s spin bowlers during pre-season coaching sessions in the nets at Shrewsbury School.

Karl Krikken, Shropshire’s Director of Cricket, has also arranged for vastly experienced former England players Jack Birkenshaw and Mike Hendrick to make return visits in the next few weeks having both worked with the Shropshire squad in the past.

Krikken said: “I’ve known Gary since I was 11 and we played in the same Lancashire under-13s side. I went to Derbyshire and he went on to enjoy a prosperous career at Lancs.

“He was a very good bowler, an off-spinner, and he could bat as well. It’s great that he’s found the time to be able to come down to a couple of sessions.

“He worked with the spinners, the likes of David Wainwright, Jack McIver and Henry Blofield, and also some of the younger lads.”

He added: “We had over 30 players at the first session, including a lot of young lads from the development squad. We’ve combined it to try and get a pathway going, to get the youngsters up to speed quicker and challenging for places in the first team.

“The lads are all in good spirits and the sessions are going well.

“Hopefully we can do a lot better in the one-dayers this year and then hopefully go a couple of places higher in the Championship.”

Shropshire will hold three more sessions in the nets before playing a one-day friendly against Worcestershire’s second team at Wrekin College on Sunday, April 2.

Shropshire, who will be captained for a second season by opening batsman Steve Leach, begin their competitive campaign against Staffordshire in the Unicorns Knockout Trophy at Shrewsbury’s London Road ground on Sunday, April 23.