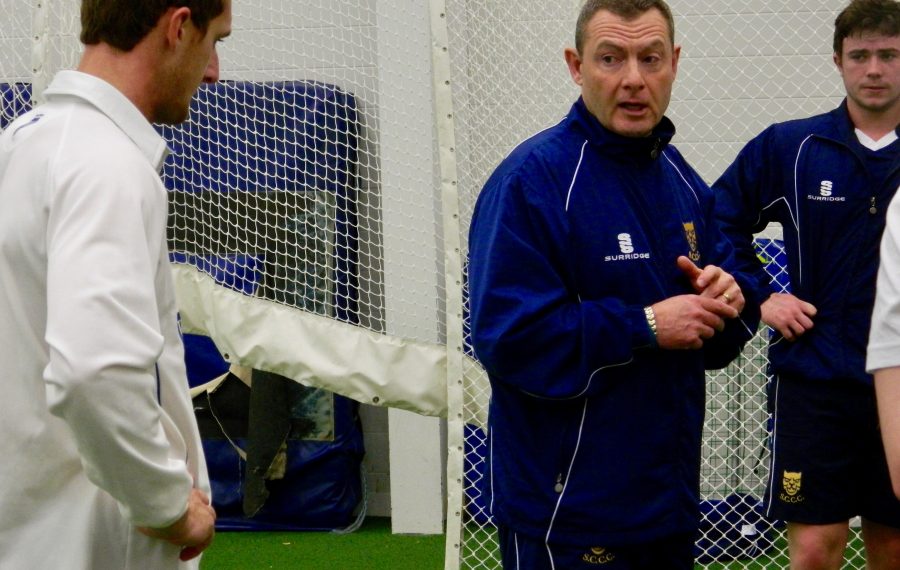 Kevin Sharp, the former Shropshire batsman and coach, has been invited to be part of the England coaching set-up ahead of the second Investec Test with South Africa at Trent Bridge this summer.

Sharp, pictured, who is now Worcestershire’s batting and second team coach, will link up with the England squad for two days ahead of the Test, which begins on Friday, July 14.

It will see former Yorkshire batsman Sharp, who played club cricket in Shropshire for Bridgnorth, reunited with new England Test captain Joe Root, who worked closely with Sharp during his early days at Headingley and has often credited him as being a huge influence on his career.

Sharp was Shropshire coach when Worcestershire offered him the chance to return to the first-class game in 2014.

Sharp said: “I had a message from Paul Farbrace (England assistant coach) and they have asked me to go and join with the Engand squad for two days prior to the Trent Bridge Test to assist with preparations.

“I am absolutely made up and quite chuffed about that. It is quite a nice accolade to have at my time of my life.

“It gives you a lot of pride to help out your country. You go about your job and you do your best and it just came out of the blue.

“I’ve known Farby a long time and we’ve always had a good relationship and I will be able to catch up with the England captain for a couple of days.

“Joe was in touch, he was good, he made one or two jokes and said he hoped I can still throw!”

Sharp was part of the coaching set-up when the England women’s team won the World Cup in 1993, beating New Zealand in the final at Lord’s.