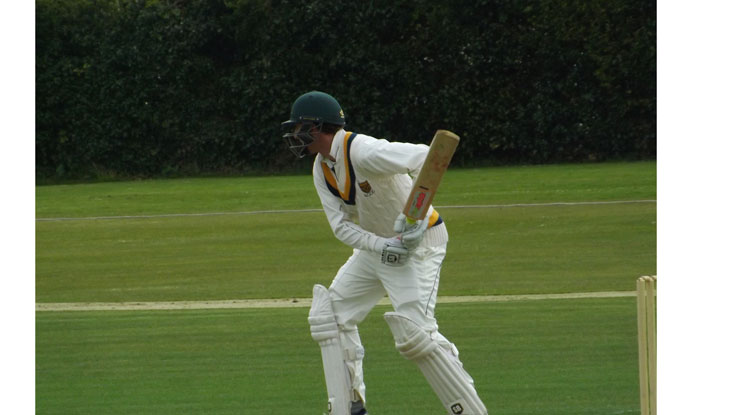 Full name: Richard Kenneth Oliver
Birthplace/date: Stoke on Trent, November 14, 1989.
Clubs you have played for? Woore, Whitchurch, Shifnal, Worcestershire, Reigate, and in Australia I’ve played for Willetton (Perth, WA) and Geelong City (Victoria).
Biggest influences on your career? The support from family and friends all over the world has been amazing. Then when Kevin Sharp arrived at Shropshire andmoved onto Worcestershire, my career kicked off very quickly thanks to the opportunities he gave me.
Best player you have played alongside? Andy Gray was brilliant for Shropshire when I first started playing and showed terrific spirit for us. Moeen Ali was in a class of his own at times at Worcester and he made you want to play like him. Saeed Ajmal in 2014 when we got promoted at Worcester was special. He’s had his well documented problems since, but he was a genius.
Best player you have played against? Saqlain Mushtaq has marked my card a few times in Lashings games, even on one leg like he is now! You can hear the ball fizzing towards you, not knowing which way it will turn, if at all.
Jonny Bairstow made a brilliant hundred for Yorkshire against Worcester at Scarborough last year and we just couldn’t bowl anywhere to him. It was incredible.
Favourite grounds? Kia Oval, London and Albert Ground, Melbourne.
What have been your cricketing highlights? Winning the Victorian Country week with Geelong this year was the first senior trophy I have won, so that was pretty special.
Getting four double hundreds and always trying to improve on that is something I’m proud of, particularly my highest score of 292 not out against Warwickshire II when starting out with Worcester…
Hitting Freddie Flintoff into the stands in a t20 game was also very entertaining for my friends and family.
What do you enjoy most about playing for Shropshire? The same thing I enjoy about playing cricket anywhere and that is contributing to winning games.We also seem to produce and attract some interesting characters, on and off the field in Shropshire, which makes it all the more enjoyable and entertaining!
Hopes for the season? Play our best cricket consistently – if we do that we will give ourselves a great chance of winning every game we play.
Long-term cricketing ambitions? To play as well as I can, as high up as I can, for as long as I can.
I have always wanted to hit the first ball of the game for six and I’ve always wanted to hit six sixes in an over. I haven’t come close for a long time, but I will tick those boxes one day!
Favourite other sports? I have a crack at most sports when I can, but I love football and support Stoke City. I go horse racing when I can and I also played a lot of squash at Wrekin College.
Stuart Dunn
http://www.shropshireccc.co.uk/wp-content/uploads/2016/05/Wales-1-May-2016-008.jpg 415 730 Brian Foxall http://www.shropshireccc.co.uk/wp-content/uploads/2013/12/SCC-Website-Logo-340x156-WhiteText.png Brian Foxall2016-05-14 10:20:152016-05-14 10:20:15In Profile : Richard Oliver
Griffiths takes hat-trick as county impress against Worcestershire