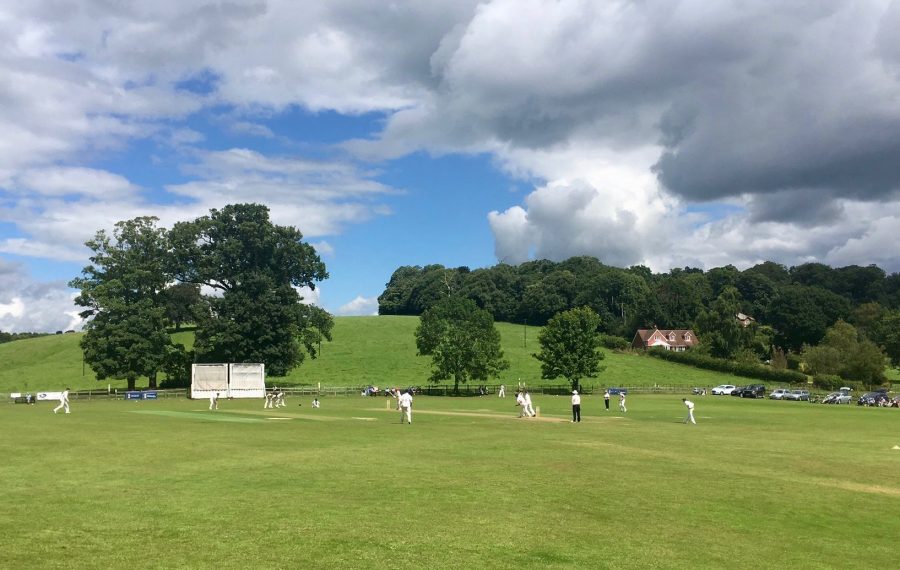 Simon Gregory hit his maiden half century for Shropshire as the county’s Unicorns Championship clash at Devon predictably petered out into a draw.

After the wet weather had taken a firm grip on proceedings on the opening two days at soggy Sandford, a positive outcome for either side looked unlikely.

Shropshire managed to establish a first innings lead of 74 runs before Devon, after yet another break for rain, reached 77-2 off 23 overs when Shropshire captain Steve Leach and home skipper Josh Bess shook hands on a draw shortly before 5.30pm.

Leach, whose side remain unbeaten in the Championship this season with four draws and a win from their five games, said: “Both teams were beaten by the weather really. Conditions weren’t great. The ground staff did a good job in getting the game on, but the pitch was pretty wet and it wasn’t conducive to batting.

“Having said that, we bowled very well. Big Alex Wyatt and Gurjit Sandhu bowled very well in the first innings. They were just persistent really, kept bowling in good areas and the run rate was very low. Then Sam Whitney making his debut swept up the tail lovely.

“Batting wise, we applied ourselves well. Conditions were very difficult when we were batting, certainly on Monday night and in the first hour or so on Tuesday morning. It then dried out a little bit and the way Sam and especially Si Gregory batted was absolutely spot on.

“It gave us the scenario where we couldn’t lose the game and we had Devon under a bit of pressure and I thought the way we bowled again was positive.”

Shropshire had started the final day at Sandford on 43-4, a deficit of 76 runs after play on the first two days of the county’s penultimate fixture of the season was severely curtailed by the weather.

But then Bridgnorth team mates Gregory and Whitney, on his Championship debut, impressively steadied the ship with a partnership of 77 for the eighth wicket which edged Shropshire in front.

All-rounder Whitney, having taken two wickets in as many balls to wrap up the Devon innings the previous day, struck a useful 31 before Zak Bess held a catch off the bowling of Jamie Stephens.

Wicketkeeper Gregory went on to mark his first county appearance of the season by completing his first Championship 50 for Shropshire just after lunch before being ninth man out, caught by Matt Thompson off Stephens, for a run-a-ball 51 which included a six and five fours.

Last-wicket pair Sandhu and Wyatt, who joined forces with the score on 149-9, ensured Shropshire picked up a batting point and Sandhu was going well, unbeaten on 39, when Wyatt fell to Toby Codd for eight to leave the county all out for 193 from 64 overs.

Devon started their second innings 74 runs behind and soon lost Liam Lewis, bowled by Sandhu, for six with just 12 on the board shortly before the players went off for rain. Wyatt then got rid of Tom Ansell, caught by Ralph, for 12, to reduce the home side to 20-2, but Thompson (30no) and former England star Chris Read (23no) wiped out the deficit.

Devon had been invited to bat first on Sunday’s opening day but only an hour’s play was possible before heavy rain arrived with the hosts 30-2 in the 14th over. A mopping up operation meant there was no play before lunch on day two and when the teams received the go ahead to resume, Devon found runs hard to come by as they were dismissed for 119 inside 45 overs.

Wyatt led the way with the ball, taking 3-41 from 20 overs, with his victims including former England wicketkeeper Read, trapped lbw for 11. Read, 38, the current Nottinghamshire skipper, was playing his first match for Devon, his home county, for 20 years after announcing he will retire from the professional game at the end of the season to take up a post of director of cricket at Uppingham School in Rutland.

Sandhu, back in the Shropshire side after recently playing for Derbyshire, grabbed 3-46 while Wainwright and debutant Whitney claimed two wickets apiece as the county claimed maximum bowling points.

Shropshire emerged with nine points, one more than Devon, with the county’s final Championship match of the season against Wiltshire at Bridgnorth starting on Sunday, August 13.

“We’ll go again,” added skipper Leach. “We’ve played five games and we are unbeaten so that’s something. We’re clearly not where we would like to be but we are yet to be beaten so we don’t want that to change come the end of the match at Bridgnorth.”

Pictured: Sandford CC where Shropshire played out a draw against Devon in the Unicorns Championship.

Skipper Steve Leach wants Shropshire to sign off season in style at Bridgno...
Scroll to top