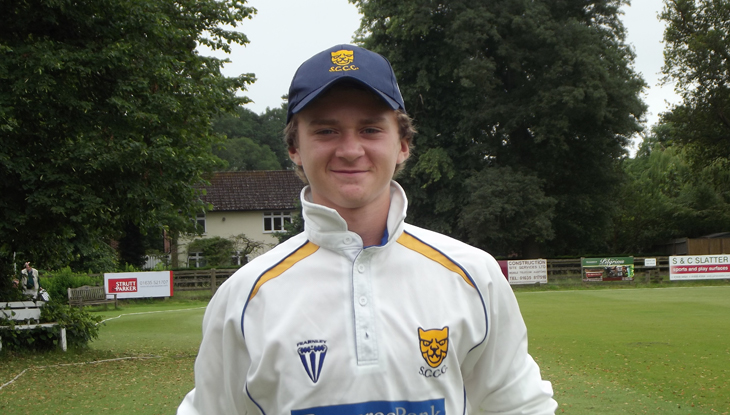 Two seasons in Div 1 of the Birmingham League with Wellington, where he also showed his wicket-keeping skills, saw his development rewarded with more Shropshire games in 2013 but more impressively earned him a place in the England U19 squad. He has subsequently joined the staff at Worcestershire CCC.