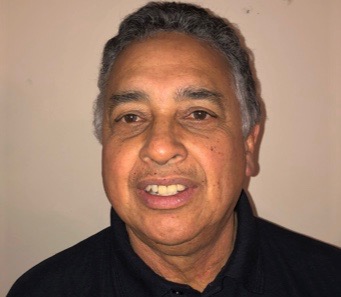 John Abrahams, who enjoyed playing for Shropshire County Cricket Club towards the end of his successful playing career, has been appointed as the club’s new Director of Cricket.

Abrahams, who captained Lancashire during his long association with the Red Rose county, has more recently been manager of England’s under-19 team.

He remains involved with the under-19s as a selector and scout, a role he will combine with his new Shropshire position.

With many fond memories of the three seasons he spent with Shropshire after joining in 1989, Abrahams is now excited to return to the county and have the opportunity to lead the club forward.

He said: “When it was first mooted, John Foster, my former captain at Shropshire, rang me and from the moment he mentioned the potential role I was really excited.

“The more I spoke to him, Steve Aston and Richard Lees, the secretary, including a couple of meetings we had, I got more and more excited and a sense of anticipation of potentially what we could do to try and take the club forward.”

Abrahams added: “I have absolutely brilliant memories of the time I had playing for Shropshire, from the initial welcome I received, both for me and my family. Whatever the club and the people involved could do to make it as easy as possible to feel part of it, they went out of their way to do that.

“That obviously has an impact on you and you do want to give back to people like that, to the club itself, and this for me is another opportunity to be able to do that.”

Abrahams is now looking forward to getting to know everyone involved with the club as he starts to put plans in place.

He said: “I’m hoping to attend the Emerging Player Programme session on Friday and then in the new year the Academy sessions and the senior squad sessions will start as well, so I’ll be looking to attend those.

“Then hopefully we are going to get out and about and meet with some of the clubs from around Shropshire. We’re going to have two or three sessions meeting the clubs and just explaining to them what our vision for taking the county club forward is, and to try and establish some strong links between the county, the clubs and the players.”

Abrahams was a left-handed batsman and right-arm offbreak bowler during a successful playing career which saw him represent Lancashire from 1973 to 1988. He was also captain for two seasons.

He then joined Shropshire and was midway through his third season playing Minor Counties cricket when he received the opportunity to begin a coaching career with the ECB, quickly progressing to work with a number of England age group teams in both coaching and managerial roles.

Abrahams also spent four years working with Rodney Marsh and later Peter Moores with the England National Academy, dealing with players on the verge of stepping up to the senior England international team.

Shropshire vice-chairman John Hulme said: “We are extremely fortunate to have gained the services of John. Many will remember him as a Shropshire player and for the contribution he made during his time at Lancashire. More recently, he has been involved with the England under-19s.

“John will take on the role of Director of Cricket where his responsibilities will include coaching, mentoring, selection and team management.

“This is an important appointment for Shropshire as we seek to shape our future in the National Counties competitions. We are delighted that he has agreed to support us in delivering our plans.”

Pictured: John Abrahams, Shropshire’s new Director of Cricket, has fond memories of playing for the county.