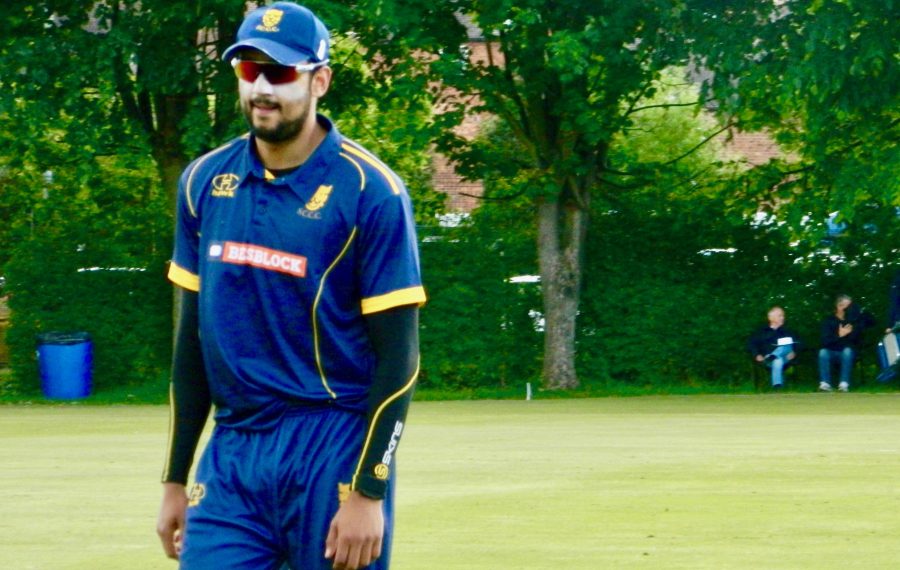 Karl Krikken, Shropshire’s director of cricket, hopes Gurjit Sandhu makes the most of his chance to return to first-class cricket with Derbyshire even though it could mean he would not be available to play for the county in the Unicorns Championship.

Sandhu, 25, had been selected in the Shropshire side to face Oxfordshire in the three-day match which ended with the county victorious by eight wickets at Shifnal on Tuesday.

But the former Middlesex left-arm seamer pulled out after being named in the Derbyshire squad for their current County Championship match against Durham.

Krikken, who enjoyed a long association with Derbyshire as both a player and coach, said: “It’s great news for Gurjit and it’s happened so quickly for him.

“He was due to play in the Oxfordshire game, but I got a phone call last Monday saying he had played for Derbyshire’s second team and had got four wickets.

“Then I got another call on Saturday afternoon saying that Derbyshire had picked him for the squad against Durham and it looked like he was going to play, so good luck to the lad and I hope he does really well for Derbyshire.”

Sandhu made his debut for Shropshire in the final Unicorns Knockout Trophy group match of the season against Herefordshire at Brockhampton in May.

He then played in the opening Unicorns Championship match against Wales at Pontarddulais last month before also facing Birmingham Bears in two T20 matches at Bridgnorth.

As for the future, Krikken said: “It just depends on what happens at Derbyshire. He may get a contract now which would be great for the lad. That’s what we’re all about at Minor Counties, trying to produce cricketers and we’ve had a few go back into the first-class game.

“It’s nice they come and play for us and then can perhaps get a gig somewhere else in the first-class game.”

Sandhu, who was unbeaten on 46, was involved in a last-wicket stand of 102 for Billy Godleman in Derbyshire’s first innings against Durham at Chesterfield’s Queen’s Park. He followed it up by taking three wickets in Durham’s first innings.

“He’s gone to the club where I came from, so hopefully he can do well for them,” added Krikken.

Pictured: Gurjit Sandhu is playing for Derbyshire in their current County Championship match against Durham.