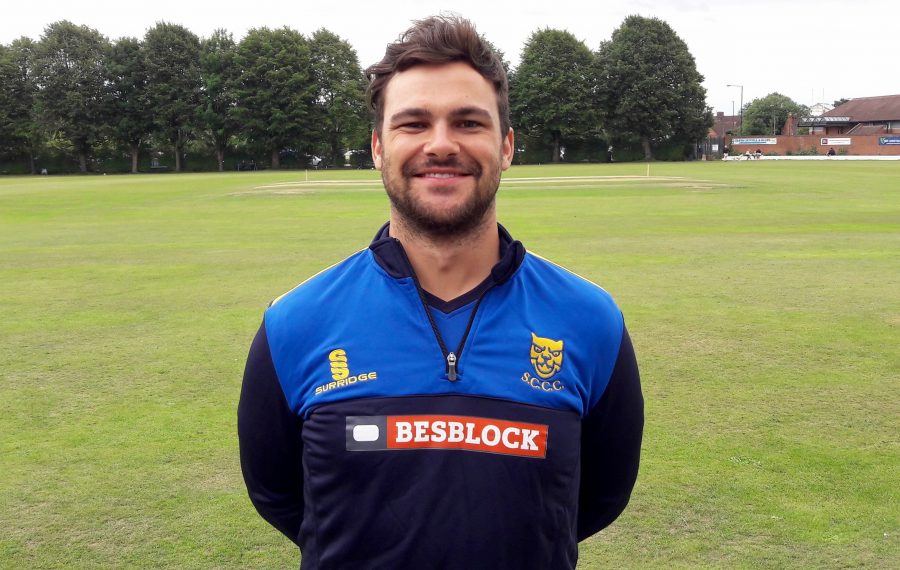 Steve Leach will skipper Shropshire again next season while Will Parton has been appointed vice-captain and will also lead the county in a newly-launched Twenty20 competition.

Leach, the Shifnal opener who topped Shropshire’s Championship batting averages in the 2017 season, has been elected Shropshire captain for a third successive year.

He will also continue to lèad the county in the revamped Unicorns Trophy.

Shrewsbury batsman Parton will support him as vice-captain in both the Championship and Trophy while he has agreed to skipper the county’s Twenty20 side following the introduction of an exciting new competition for Minor Counties clubs.

Bryan Jones, Shropshire’s chairman of selectors, said: “We felt it was the right time to do this with the different formats.

“We unanimously wanted Steve to carry on in the role as captain of our Championship and Trophy sides and he remains very passionate about the county being successful.

“We were keen to appoint a young Shropshire player as vice-captain to Steve and we’re pleased that Will has agreed to take on that role and he will also captain the new Twenty20 side.

“Will is very knowledgeable about the game and has enjoyed plenty of success playing for Shrewsbury in recent years, so he was an obvious choice really. He’s got a good pedigree as his dad Tony also represented the county for a long time.”

Jones stressed the Shropshire committee welcomed the changes to the one-day format in Minor Counties cricket next year.

The Unicorns Trophy, which initially featured four 50-over group matches at the start of the season, will now be a straight knockout, with Shropshire handed a home tie against Herefordshire in the first round on April 29.

The new Unicorns Twenty20 competition will see four groups of five counties playing each other in a qualifying section. Two T20 matches will take place on each day. The winners of each group will progress to a finals day to be played later in the season at Wormsley.

Jones said: “Considering there’s so much Twenty20 cricket played these days, we welcome the introduction of this format in the Minor Counties competition. As a club, we’ve been pushing to have a T20 competition for a while, so we’re pleased it’s now happening.

“This new T20 competition may also open the way for different players around the county to play for Shropshire, players that may suit the T20 game as opposed to three-day cricket. Hopefully it will lead to good competition for places from lads wanting to play for the county.”

Shropshire will begin their Unicorns T20 competition campaign away to Berkshire on May 6 before hosting Oxfordshire 24 hours later on May 7. A trip to Herefordshire will come next on May 27 ahead of the final group fixture at home to Buckinghamshire on June 17.

The three-day Unicorns Championship campaign will start with a home game against Cheshire between June 24-26.

Pictured: Will Parton has been appointed vice-captain to Steve Leach and will also skipper the county in a new Twenty20 competition.

A tribute to Eric Marsh, who sadly died last week, by John Hulme
Scroll to top