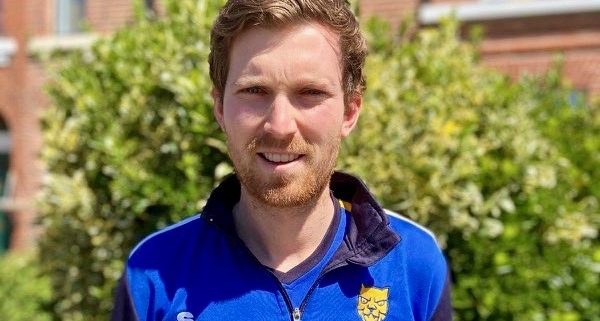 Mike Barnard, now one of the senior players in the Shropshire squad, firmly believes the county can look to the future with optimism once cricket receives the green light to resume.

The Shrewsbury seamer was impressed when he attended Shropshire’s winter nets and has welcomed the appointment of John Abrahams as Director of Cricket and Jason Weaver as coach.

Both lined up for the county alongside his dad Andy – who played 112 Championship matches for Shropshire – and have a host of experience at a higher level, which Barnard feels can only benefit the development of Shropshire’s exciting crop of young players.

“I think everyone has very much got on board with what John and Jason want to do,” said Barnard, 30. “It’s great to have a number of guys around who have played for Shropshire and been involved with the successes of the past for Shropshire cricket, with people like James Ralph and Tony Parton now also part of the selection committee.

“The guys that have trained have really committed to it. We’ve got a WhatsApp group and a load of the guys have been getting involved in various fitness challenges and also the charity challenges that have been going on at Shrewsbury and Bridgnorth, so that’s been really positive.

“It’s obviously a lot different for everyone at the moment to what it usually is in the summer, but it’s good that we’ve got a team unit going despite not currently having any cricket to play.

“There’s weekly challenges as Ryan Lockley is really into his fitness at the minute and he’s hammering it. Last week it was who could do the most press ups in 60 seconds and this week it’s a minute of burpees. It’s been good and the guys make little videos and record what they’re up to, so that gets a bit of competition going and adds to the atmosphere.”

Barnard stressed that he’s encouraged with the quality of the young players being produced by Shropshire as they push for a first team place.

“I think it would have been very interesting to see how we would have gone this season,” he reflected. “We don’t have the experience that other squads have got, but there’s nothing to say that a few of the guys wouldn’t have gone and really grasped the opportunity. There’s a lot of young players around the county who are pushing into academies at first-class counties or second Xls.

“Xavie Clarke, Joe’s younger brother, is a name that I’ve heard a few times. Matt Simmonds is another one who was very impressive in winter training and there’s others as well.

“It only takes a few of them to have a good game and really kick on, step up to the next level, and all of a sudden you’re a pretty competitive squad.

“It’s a young squad and in some ways that’s a big part of the challenge, but also it’s a great opportunity for those guys having someone like John around who has worked with so many lads at that level.

“If you are any under-18, under-19 player in England and you could pick who would be your coach at that time, John probably has the best CV to do so.”

Barnard knew all about Abrahams ahead of the winter training sessions. Apart from his dad being a former Shropshire team mate, the ex-Lancashire skipper also worked alongside Barnard’s younger brother Ed, the Worcestershire all-rounder, earlier in his career.

“He was manager of England under-19s when Ed was involved,” he said. “He was always a name that got mentioned at home and through that it was obviously talked about that he played with dad for Shropshire.

“John spoke very fondly of his time with Shropshire at the few training sessions we had.

“It’s an interesting one for some of the lads like myself, Sam Whitney and Simon Gregory as we are probably 10 years older maybe than some of the guys that John has coached for most of his career, but everyone has really embraced it and it’s a good opportunity to get better.

“I know it’s a cliché but you can always get better, especially at our level where most of us aren’t training like professionals.

“Having John there to make that practice a bit more structured and offer a bit more technical expertise or experience is really useful.”

Barnard has been handed a new role in the county set up after being asked to become Shropshire’s player representative for the National Counties Cricket Association.

He and his fellow representatives from clubs around the country recently held their first virtual meeting hosted by Richard Logan, the NCCA’s operations manager.

“I think it’s an NCCA initiative to try and get a bit more direct contact with the players at each of the counties,” said Barnard. “The set up has gone through a bit of a revamp over the last six to nine months into this year’s new format and they are trying to bring the NCCA set up into the 21st century if you like.

“They are looking to get players more engaged through social media and produce more content around the cricket to make it more marketable.

“Richard Logan is leading it. He played for Hampshire and also played for Berkshire, including against us in the 2013 Trophy final. He has brought in some fresh ideas and having been a relatively recent player of the game at that level he has views on how the players should be involved. He’s trying to push things forward.”

Barnard just hopes it will be possible to play some cricket this summer as he looks forward to having the chance to wear a Shropshire shirt once again: “I’ve been around the Shropshire scene for probably 12 years now, but if you convert that into how much cricket I’ve actually played for Shropshire it’s not very much through various reasons,” he added.

“I missed a few games through injury over probably the first three or four years and then I didn’t play at all from 2013 when we lost the MCCA Trophy final against Berkshire at Wormsley to 2018.

“But then I got to the point where I guess you look at how long you can play cricket for and it’s one of those where I think I would kick myself if I didn’t try and play at the best level you can for as long as you can.

“That motivation to play for Shropshire again was there and it’s been good the last couple of years. We got to the semi-final of the Trophy in 2018, but last year we lost our first knockout game.

“I was hoping to play a bit more this year and I was thinking about playing three-day cricket. I’m not sure what happens now, but we’ll see.”