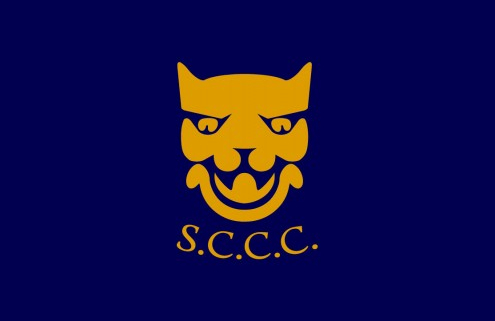 Promising Worcestershire seamer Mitchell Stanley has been called up by Shropshire, his home county, for Sunday’s NCCA Trophy group match against Cheshire at Toft CC (11am start).

Will Parton, Simon Gregory and Tyler Ibbotson also return to Shropshire’s 12-man squad as the county look to build on opening the 50-over One Day Trophy campaign with a three-wicket win over Northumberland last month.

Stanley has previously represented Shropshire at a number of age group levels.

Shropshire will this weekend be without three members of the bowling attack from the county’s last match against Northumberland.

All-rounder Ross Aucott dislocated his knee playing in a club match, Ben Roberts tore ankle ligaments playing for Oswestry against Wem last weekend, while Sam Ellis is having to isolate having been in contact with someone showing Covid symptoms.

Director of Cricket John Abrahams said: “The injuries have unfortunately come at a bad time both for the players and ourselves. Ross and Ben both produced performances that contributed to our victory in the first game against Northumberland and were also playing well for their clubs.

“We are really disappointed for them and wish them well. We have now had to think about replacements.

“Sam Ellis also made a valuable contribution and is starting to produce the performances we feel he is capable of with ball and bat.”

Two more Shropshire seamers, Mike Barnard, who has broken a finger on his bowling hand, and Jack Twigger, who has a rib impingement, are also both unavailable, so Abrahams appreciates Worcestershire making Stanley available.

He said: “From our point of view with the situation that we find ourselves in, it’s very generous of Worcestershire and they actually suggested that Mitchell Stanley could be available to play for us.

“I was with the Worcestershire coaches at Barnt Green earlier this week and, having told them what our current situation is with our seam bowlers, they generously offered Mitchell to be available.”

Shrewsbury duo Parton and Ibbotson, along with Bridgnorth’s Gregory, all return to the Shropshire squad, with Oswestry all-rounder David Laird, who was 12th man against Northumberland, also pushing for a place this weekend.

Opening batsman Joe Carrasco, who played against Northumberland, is unavailable for the trip to Cheshire.

Abrahams was pleased to see Shropshire begin the NCCA Trophy campaign with an encouraging victory.

Now he’s looking forward to seeing his team return to action against Cheshire, who have won one and lost one of their group matches in the competition this season.

Abrahams added: “We’ve had a three-week break between matches but we’ve had a couple of practice sessions. I feel that was a positive thing to do and that’s also the feedback from the players.

“We have talked again about individual needs and also areas that the team needed to address following the match against Northumberland.”