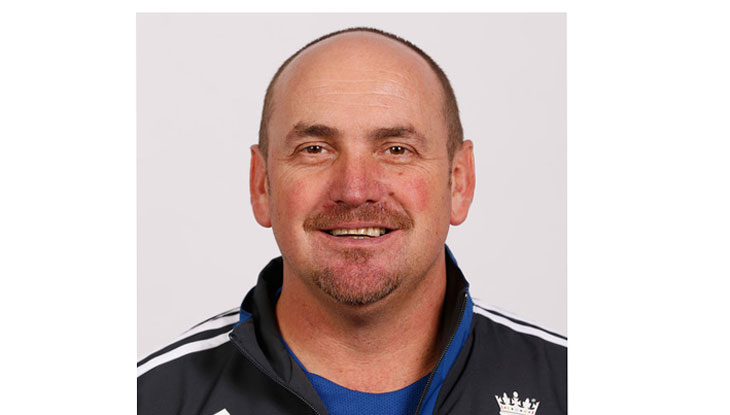 Shropshire County Cricket Club’s new coach Karl Krikken insists he’s excited about taking charge for the first time when the county face Lincolnshire in the Unicorns Knockout Trophy at Shrewsbury’s London Road ground on Sunday.
The experienced former Derbyshire wicketkeeper, who spent 27 years at the first-class county, most recently as head coach, was unveiled as Kevin Sharp’s replacement by Shropshire chairman Toby Shaw last week.
His appointment is a major coup for Shropshire and Karl is now relishing the opportunity to develop a close relationship with the players and help them push for silverware.
Shropshire enjoyed a promising year both in the Championship and one-day competition last season in which they finished runners-up to Berkshire in the final at Wormsley.
Karl said: “I’m really looking forward to the first game of the season and it’s good to be involved. Toby rang me and I was only too happy to come and help out.
“I also spoke to Kevin Sharp, who did a great job as coach, and he told me lots of good things, about how the club is run very professionally so now we want to enjoy a good season.
“I know Shropshire have got some very good young players who want to play county cricket and go further in the game. As a coach that’s great for me to be working with a young, vibrant side who want to get better.”
Karl has already met with Shropshire captain Richard Oliver to plan ahead for the season and said he was impressed with everything he heard from the opening batsman.
“I had a good relationship with Wayne Madsen, the captain at Derbyshire, and I’m looking forward to working with Richard,” he added.
“He’s a lovely fella, very energetic and he’s desperate for the team to do better than last season.
“I’ve been asking a lot of questions of the captain about how the team play and for me it will be learning on my feet. For the first couple of games I’ll be sitting watching and observing as I get to know the lads and see how they play.
“But I’m thoroughly looking forward to it and everyone’s really keen.”
Karl has a wealth of experience from the professional game and led Derbyshire to County Championship promotion as second division champions as recently as 2012.
Shropshire have four group matches in the Unicorns Knockout Trophy with this weekend’s opener against Lincolnshire followed by long trips to Northumberland and Cumberland with a second home game against Cheshire at Oswestry on May 18 in between.
The first ball will be bowled at Shrewsbury on Sunday at 11am and admission is free.
Stuart Dunn
http://www.shropshireccc.co.uk/wp-content/uploads/2014/04/KarlKrikken1.jpg 415 730 Brian Foxall http://www.shropshireccc.co.uk/wp-content/uploads/2013/12/SCC-Website-Logo-340x156-WhiteText.png Brian Foxall2014-04-28 10:29:422014-04-30 11:55:56New coach ready to take charge for first time