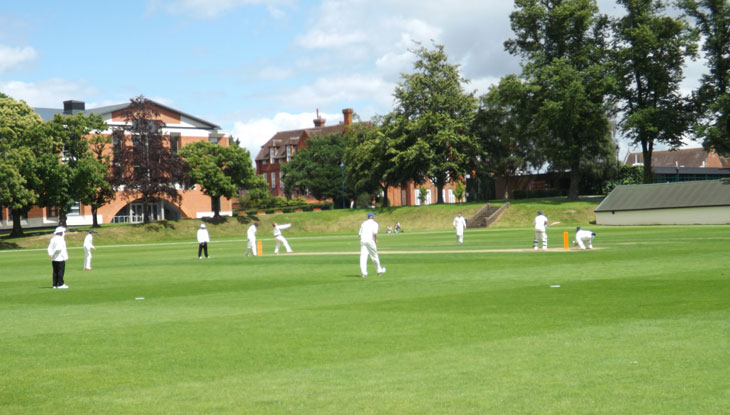 talented Northamptonshire Academy side emerged worthy winners at a Festival of Cricket held in the impressive surroundings of Shrewsbury School.
The round-robin tournament gave Shropshire’s development side the chance to pit their wits against two more Academy teams from first-class counties with Lancashire and Durham also both taking part.
Northants won all three of their matches throughout the week to leave coach Steve Stubbings, the former Derbyshire batsman, pleased with his side’s efforts. He was very complimentary about the event, feeling it could only benefit his players, while he also praised the facilities on offer at Shrewsbury School.
Rain washed out any prospect of play on Tuesday’s opening day before Shropshire were beaten by three wickets by Northants in a 50 over game on Wednesday after the home county were dismissed for 150.
Thursday’s final day saw Shropshire, whose young side will have learned much from the experience, play two T20 games.
They were beaten by six wickets by Lancashire before a 57 run reverse against Durham.
Stuart Dunn
Picture – Shropshire in the field in their T20 game with Lancashire
http://www.shropshireccc.co.uk/wp-content/uploads/2016/07/Festival-2016-008.jpg 415 730 Brian Foxall http://www.shropshireccc.co.uk/wp-content/uploads/2013/12/SCC-Website-Logo-340x156-WhiteText.png Brian Foxall2016-07-15 13:27:012016-07-15 13:27:01Northants win Festival of Cricket at Shrewsbury School
One change for Berkshire clash