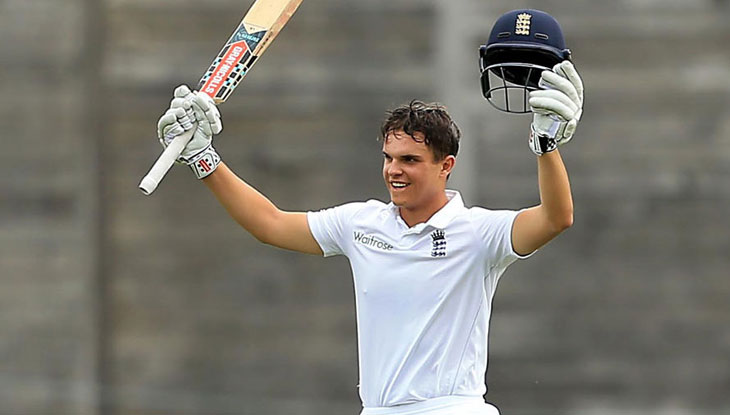 Ollie Westbury, who has just signed his first professional contract with Worcestershire, wants to become the latest player to have represented Shropshire to progress to the first team at New Road.
Jack Shantry, Joe Leach and Ed Barnard have all successfully made the step up from the Birmingham League with Shrewsbury, Westbury’s club, to the County Championship with Worcestershire.
Joe Clarke, the ex-Oswestry and Wellington batsman, is another former Shropshire player now an established first teamer with the Pears.
Two more former Shropshire players, Northamptonshire paceman Ben Sanderson and Durham spinner Gurman Randhawa, are also both now with first-class counties.
Westbury 19, who prefers to look not too far ahead, admits he would love to join Worcestershire’s collection of Shropshire old boys in enjoying success at New Road after being awarded his first pro contract.
“Short term, I’m looking to get in the first team at Worcester, that’s my aim, and I want to contribute as well,” said the opening batsman. “I don’t just want them to be carrying me, I want to contribute in all aspects.
“I don’t know about long-term ambitions. I don’t like to look too far ahead. I want to focus on the present and what I’m going to do next year. I just think it’s important that I try and score as many runs as I can everywhere I go.
“That’s just my aim, trying to be consistent, and trying to score as many runs as I can, and contribute to a team’s success.”
To give him the best chance of hitting the ground running for Worcestershire next year, Westbury, who enjoyed a successful last winter playing grade cricket in Western Australia, has taken the decision to stay at home this time to work on his game.
The former Shrewsbury School run-machine said: “I think it’s better for me to stay this winter to work on technique and one-day cricket and my skills, to get fitter and to improve my fielding, all those things which I still need to keep working on. I think I’ll get more out of this winter staying at home than I would if I went away.
“The coaches will keep me in touch and they’ll make sure I’m focused and doing what I need to be doing.”
Reflecting on the last few months, Westbury, who played for Shropshire in the county’s opening three one-day matches this season, has been pleased with his progress.
He’s scored plenty of runs for Shrewsbury and Worcestershire’s second team while there was also the notable achievement of scoring a brilliant 196 on his England under-19s debut in a Youth Test against Sri Lanka at Fenner’s in Cambridge last month.
He also impressed in the second match at the home of Northamptonshire CCC and was named as England’s player of the series.
“It was almost like a bit of a fairytale story really what happened,” smiled Westbury. “I was obviously delighted with the way the England stuff went and I don’t think it could have gone any better for me than the way it did.
“I was absolutely delighted to get 196. It was a shame I didn’t quite make it to 200. I played a stupid shot, but that’s my own fault I suppose.
“I’m just looking now just to be a little more consistent. I’ve had a lot of good knocks this year, but I’m trying to make sure than in between these good knocks that I’m still getting my 50s, 60s, 70s to contribute rather than getting a 20 or a 30 here and then a big hundred, and then a 20 and 30 and then a big hundred.
“I want to be scoring 50, 60, 100, 150 every time I go out – I want to be consistent.”
Westbury added he hopes to continue playing his club cricket for Shrewsbury next season having enjoyed his debut campaign at London Road.
Stuart Dunn
http://www.shropshireccc.co.uk/wp-content/uploads/2016/08/Ollie-Westbury.jpg 415 730 Brian Foxall http://www.shropshireccc.co.uk/wp-content/uploads/2013/12/SCC-Website-Logo-340x156-WhiteText.png Brian Foxall2016-08-26 14:18:202016-08-26 14:18:20Ollie Westbury signs first professional contract with Worcestershire
Shropshire end season with defeat at Wiltshire