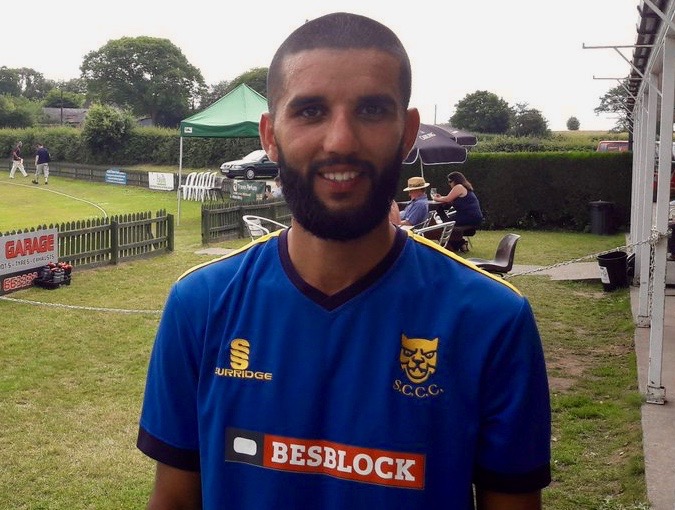 Omar Ali wants to keep the runs flowing for Shropshire after hitting his highest score for the county on the second day of the Unicorns Championship match with Herefordshire.

The opening batsman struck an excellent 141 as he put on 215 for the first wicket with captain Steve Leach.

His previous highest score for Shropshire was an unbeaten 123 against Cornwall at Shrewsbury in July 2013.

Ali said: “I was obviously disappointed to get out just before lunch, but I’m happy with 141 after a bit of a quiet year, so it was nice to get some runs.”

He stressed he enjoys batting with Leach and the partnership between them was the best ever for Shropshire for any wicket against Herefordshire.

“It’s always nice batting with Leachy because he just calms me down as sometimes I get excited,” he said.

Ali was also pleased his new county high came at Whitchurch, a ground he knows so well having been the captain at Heath Road earlier in his career.

He added: “I played here for three years at Whitchurch so it was nice to come back and score some more runs.”

Ali, the brother of England star Moeen and Staffordshire captain Kadeer, now wants to weigh in with plenty more runs for Shropshire this season: “Hopefully I can get one or two more big ones, so we’ll see how it goes,” he said.

Shropshire will begin today’s third and final day 251 runs behind Herefordshire. The visitors are 226-2 overnight in their second innings, with Peter Burgoyne unbeaten on 103.

Shropshire were bowled out for 367 in their first innings, in reply to Herefordshire’s total of 392.

Admission is once again free to today’s third and final day with play getting under way at 11am.

Joe Carrasco stands firm to guide Shropshire to a draw against Herefordshir...
Scroll to top