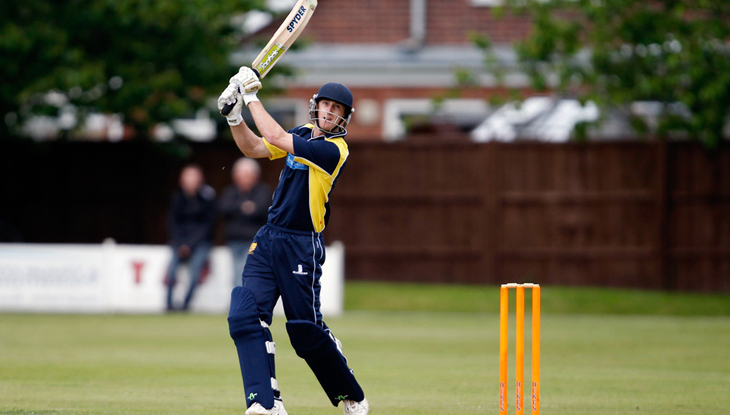 Richard made his debut for the County in the 2008 season under James Ralph following an excellent season with Wrekin College.

He joined Whitchurch in 2009 where he ended up captaining the side and finished top of the batting averages in his first season. He has subsequently played club cricket for Shifnal and Reigate Priory, and enjoyed several winters in Australia.

2009 also saw Richard notch up his first century for Shropshire against Cheshire and he was made captain in 2013 when Ed Foster stood down. Several eye catching performances for the County and the move of Kevin Sharp to Worcestershire led to a successful trial with the first class club for whom he signed a full time contract in 2014 aged 24.