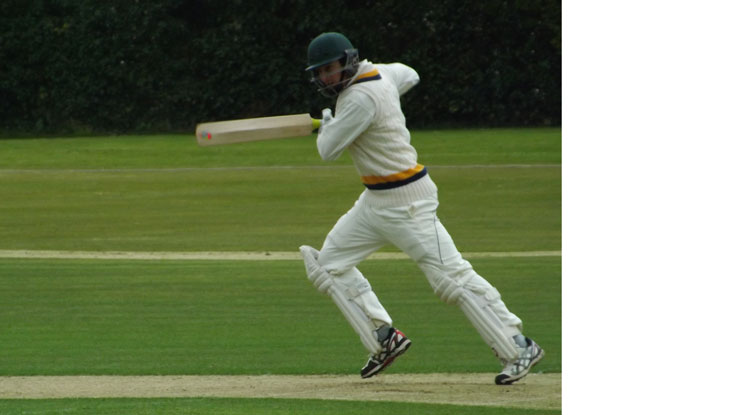 Shropshire’s cricketers produced an excellent batting display in Abergavenny to secure their first win of the season under new captain Steve Leach.
Wales Minor Counties were beaten by 57 runs under the Duckworth-Lewis method as the county came out on top in their second Unicorns Trophy group game to enhance their chances of qualifying for the knockout stages.
It was just the response Leach was seeking from his side after they opened the season with a seven-wicket defeat against Herefordshire at Shrewsbury a week earlier.
Shropshire rattled up an imposing total of 287-4 from a reduced 33 overs after rain meant the start was delayed until 3pm. Wales, in reply, were well off the pace at 87-4 in the 14th over when bad light stopped play, but Shropshire had already done enough to claim victory under the Duckworth-Lewis method.
Brian Foxall, Shropshire’s chairman of selectors, said: “The umpires brought the players off for bad light and then decided it wasn’t likely to improve, so the game was abandoned, but under Duckworth-Lewis we had gone past the ten over mark, so a game is deemed to have taken place.”
Once the game got under way, Shropshire quickly signalled their intent to make up for lost time and they found runs in plentiful supply as, a week after being bowled out by 130 by Herefordshire, they scored much more freely.
“The batting performance was absolutely terrific,” said Foxall. “It was so much different to the Herefordshire game and there was a completely positive attitude right from the beginning and everybody that went to the wicket batted really well.
“The ground staff in the circumstances produced a really good batting surface. Who would have believed we would have been able to accumulate 287 in 33 overs?”
Openers Leach and Richard Oliver set the tone by starting positively, quickly putting 50 on the board, before the captain was first man out, for 27, in the tenth over.
His departure brought the big-hitting Omar Ali to the crease and he quickly cut loose, hammering six towering sixes and three boundaries before falling for a quickfire 56 from just 26 balls.
Ali and Oliver kept the scoreboard ticking over, putting on 80 in less than seven overs, and the runs continued to flow with former Worcestershire batsman Oliver top scoring with a fluent 80, which came off 74 deliveries, and included nine fours and two sixes.
Next it was the turn of two of Shropshire’s young guns to effectively join forces as Ross Aucott and Shrewsbury new boy Ollie Westbury combined to share in a stand of 75 for the fourth wicket.
It was broken when Aucott was out for a rapid 53, from 26 balls, in which he plundered three maximums and five fours.
Westbury added an unbeaten 36, receiving some late support from Anthony Parker, as Shropshire continued to pile on the runs.
Wales, in reply, were quickly struggling. Alex Wyatt removed Sam Pearce in just the second over and the hosts were soon reeling at 51-4, with paceman Wyatt striking again before former Derbyshire spinner David Wainwright took his first wickets for the county.
Michael Clayden became Wainwright’s first victim as he was stumped by wicketkeeper Parker, and it was the same combination which accounted for Gregory Holmes in Wainwright’s next over.
Wales had moved on to 87-4 from 13.3 overs by the time the umpires took the players off owing to bad light – but Shropshire, whose next group game is against Cheshire at Oswestry on May 15, had already done enough to get their season up and running.
Foxall added: “When we bowled we set out with the intention of getting the ten overs bowled as quickly as we could, which is why David Wainwright bowled from the one end, so we achieved what we set out to do, to get the ten overs out of the way with them well behind the clock.
“They struck some good shots but they also hit two into the air off Wyatt and two more charged Wainwright and were stumped.”
Stuart Dunn
Picture – Richard Oliver during his innings of 80 at Abergavenny
http://www.shropshireccc.co.uk/wp-content/uploads/2016/05/Richard-Oliver-v-Wales-2016.jpg 415 730 Brian Foxall http://www.shropshireccc.co.uk/wp-content/uploads/2013/12/SCC-Website-Logo-340x156-WhiteText.png Brian Foxall2016-05-02 09:37:312016-05-02 09:37:31Shropshire bounce back to win in Wales
In profile: Alex Wyatt