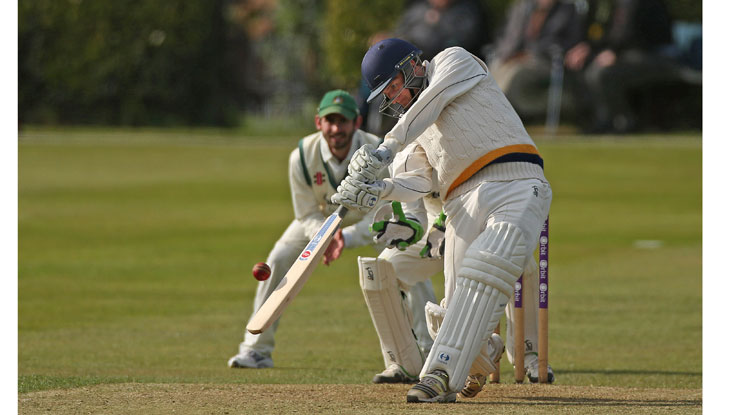 Full name: Ross Charles John Aucott
Birthplace/date: Shrewsbury, March 7, 1996
Clubs you have played for: I play for Worfield having previously played for Wellington and Wolverhampton plus both Worcestershire and Northamptonshire 2nd XIs.
Biggest influences on your career: I don’t think I can look too far past my family and close friends. They are always the first there, however good or bad my performances have been. I have had the chance to work with a few different coaches, but I certainly wouldn’t be where I am now without my dad’s help.
Best player I have played alongside: Wasim Jaffer, the former Indian Test batsman, was unbelievable when I played with him at Wolverhampton and I haven’t seen anybody as skilful or talented as him. He certainly lived up to his Test match status. Bowling wise, Ben Sanderson was amazing for Shropshire. Being able to move the ball both ways with the control he had was great and he thoroughly deserves to be where he is now at Northamptonshire.
Best player I have played against: What Moeen Ali has been able to achieve for England definitely puts him up there, but the best innings I have seen was from Uday Kaul. He must have got 130 not out and won the game for Ombersley against Wolverhampton. That really stands out as that day we genuinely felt like we had no chance at all against him.
Favourite grounds: Davenport Park, Worfield’s home ground, as there’s not too many better places to play and the wicket always offers something for everyone.
What have been your cricketing highlights: Last season scoring a half century for Shropshire against Worcestershire in the T20 match and switch hitting Senanayake for six. That was certainly a special night as everything just seemed to come off. I can also remember my first ever hundred in men’s cricket at the age of 13. It’s still to this day the best feeling you can get personally in cricket.
What do you enjoy most about playing for Shropshire: I think there’re a great mix of personalities in the side and the banter that goes about always makes for it to be a good day.
Hopes for the season: It’s now to win the three-day competition. After having a poor one-day season, it’s key we have a successful second half.
Long-term cricketing ambitions: I would love to have the chance to play county cricket, but if not then just to be successful and win trophies as much and as often as I can and enjoy it.
Favourite other sports: I used to play academy football and also tennis. Going to watch any live sport at a high standard is always interesting.
http://www.shropshireccc.co.uk/wp-content/uploads/2016/06/Ross-Aucott.v-Cumberland-20.jpg 415 730 Brian Foxall http://www.shropshireccc.co.uk/wp-content/uploads/2013/12/SCC-Website-Logo-340x156-WhiteText.png Brian Foxall2016-06-04 10:07:352016-06-04 10:07:35Shropshire CCC profile: Ross Aucott
Debut for keeper on home ground