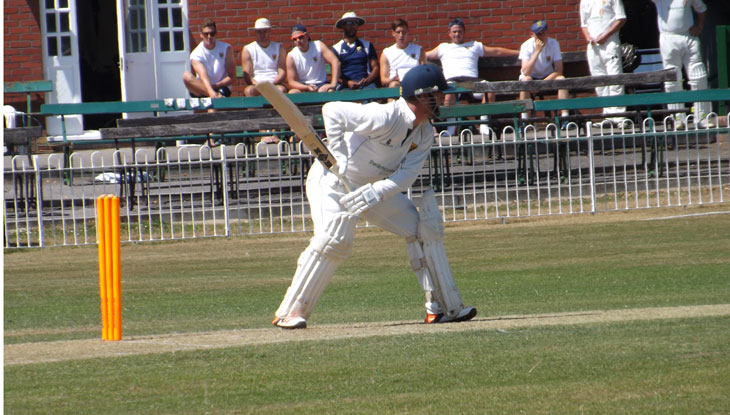 Full name: Ryan Lockley.
Birthplace/date: Hereford, December 12, 1992.
Clubs you have played for? I play for Bridgnorth having previously played for Ludlow and Whitchurch.

Biggest influences on career? My parents, Bernice and Colin, plus my grandad Geoffrey and Jean, my auntie. Their contributions over the years have been remarkable from such a young age. Their commitment and support, especially with transporting me around, has been fantastic and greatly appreciated. They have provided me with the opportunity to be where I am now. Paul Pridgeon and current Shropshire coach Karl Krikken have both helped me display technical attributes to my game that I need to compete at this level.

Best player I have played alongside? I’ve been privileged to play alongside some great players for both club and county, but Ben Sanderson’s the main man. The skills at his disposal are excellent along with the consistent line and lengths that he bowls. It’s allowed him to make his way back into first-class cricket with Northamptonshire and he’s having a decent campaign for them.

Best player I have played against? Playing in the higher tiers of the Birmingham League you face many current ex-pros and current pros, but former Indian Test batsman Wasim Jaffer, now playing for Wolverhampton, makes it look so easy. He’s so elegant to watch, especially against the spinners, and he can score 360 degrees!

Favourite grounds?:  I am so privileged to play in such a lovely part of the country with so many wonderful grounds, but playing at Bridgnorth CC on a sunny day there really is no better place. Sidmouth Cricket Club in Devon is another beauty.

What have been your cricketing highlights? Being voted Shropshire Young Cricketer of the Year in 2008 and making my Minor Counties Championship debut for Shropshire against Oxfordshire late in the summer of 2010 are up there. There’s also averaging over 50 for Shropshire in the 2014 Championship season and scoring 117 against Devon in 2015, my highest score for the county. I enjoyed being involved in a record-breaking partnership of 265 with Steve Leach in that game and it was a lovely way to finish off last summer.

What do you enjoy most about playing for Shropshire? Competing in a strong level of cricket. I thrive at representing and doing well for my county. Team spirit is excellent and we have a top set of lads.

Hopes for the season? To get back playing as soon as possible from injury. I broke my left leg playing for Bridgnorth last weekend when I was fielding at Old Hill and trying to prevent a boundary in my first game back from another injury. To say I’m disappointed is a massive under statement and hopefully my luck will change soon!
I just want to get back playing and start winning games of cricket for both club and county. I want to score big runs for my club to help me get back into this excellent Shropshire side. I would love to win the MCCA Championship. I personally have a huge passion for three-day cricket and believe the side we have is more than capable of winning it. We have been close in recent seasons, so I feel this season is our year. I also want to help Bridgnorth do well in the Birmingham League.

Long-term cricketing ambitions? To play the highest standard of cricket I can do for as long as possible and to be a consistent figure in Shropshire cricket across all formats. I would love to be one of Shropshire’s all-time leading run scorers in Championship cricket.

Favourite other sports? I enjoy various sports, mainly football and golf, which I play fairly competitively like my cricket. I will give anything a go.