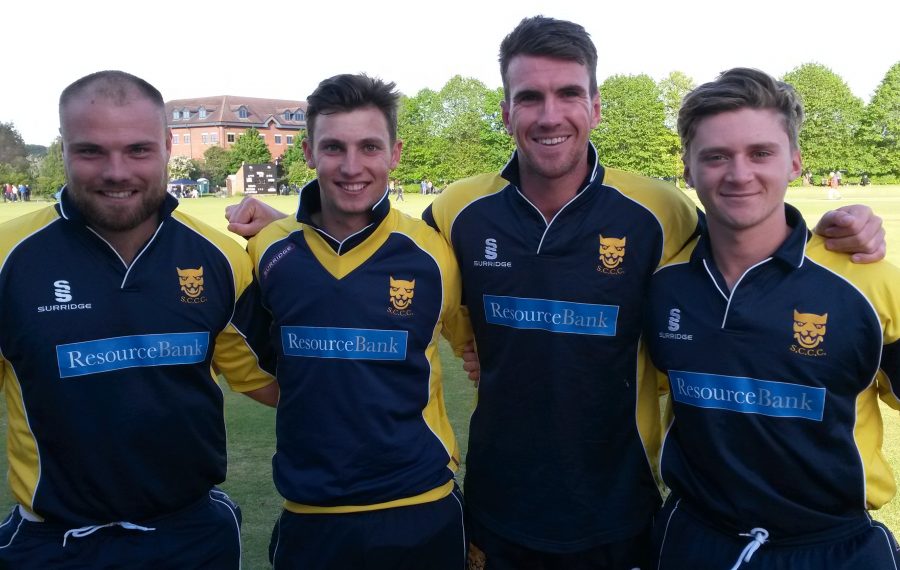 Toby Shaw, the Shropshire CCC chairman, has congratulated Worcestershire – and their contingent of Shropshire old boys – on securing promotion to the first division of the County Championship.

Led by former Shropshire all-rounder Joe Leach, who has enjoyed an impressive first season as captain, the New Road club sealed the second division title by beating Durham by 137 runs in their final match of the season.

It was their ninth win in 14 Championship matches this season.

The consistent Leach, part of the Shropshire side when the county beat Lincolnshire in the 2010 Minor Counties Trophy final, ended another impressive campaign with a haul of 69 Championship wickets, the highest tally of any player in the division.

The triumphant Worcestershire side against Durham also featured promising former Shropshire pair Ed Barnard and Joe Clarke – who both struck half centuries in the first innings – while Jack Shantry, who made his first-class debut for the Pears in 2009, is another Shropshire lad to have also contributed to this season’s success.

“Many congratulations to everyone at Worcestershire for what they’ve done,” said Toby. “It’s great to see Joe Leach being so successful in his first season as captain and the other former Shropshire players making such a big contribution to that success.

“There’s a real sense of unity and togetherness with the Worcestershire side and that’s something we’re looking to replicate in the Shropshire county team.”