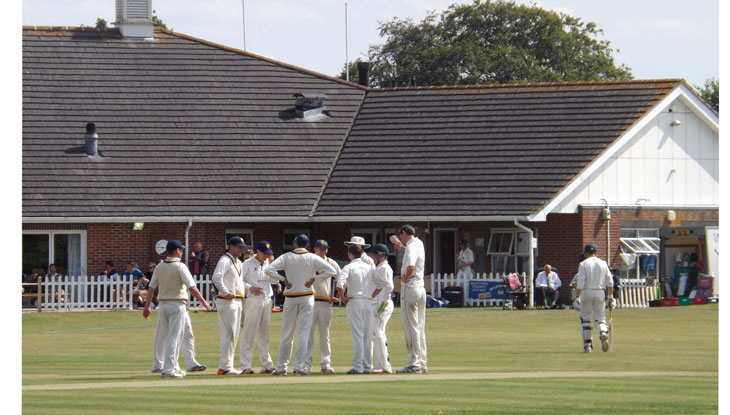 Shropshire’s Unicorns Championship season ended on a disappointing note as they were well beaten by an innings and 79 runs inside two days at Wiltshire.
Shropshire’s Western Division title hopes had all but ended a few days ahead of their trip to Devizes when they were deducted 24 points by the Minor Counties Cricket Association for inadvertently fielding an ineligible player in their previous game at Cheshire.
That led to the county, who had been five points clear at the top of the table, falling to third place, 19 points adrift of Berkshire.
Shropshire’s director of cricket Karl Krikken admitted the performance against Wiltshire was a disappointing way for the county to close the campaign, but he insisted the team had played some very good cricket over the season.
“We got well and truly beaten really and it’s disappointing,” said Krikken. “But hopefully it won’t be a reflection of our season as such because we’ve played some good cricket in the three-dayers.
“We’re obviously disappointed but we go on to next year. Hopefully we can keep the same similar nucleus of players and go further.”
Little went right for Shropshire on a tough first day which Wiltshire dominated.
Having opted to bat first, Shropshire found runs hard to come by as they were dismissed for just 59 inside 30 overs before lunch. After losing Richard Oliver to just the third ball of the match, wickets continued to fall rapidly, with Steve Leach, the captain, top scoring with 19, as Wiltshire duo James Arney (5-25) and Tahir Afridi (5-29) inflicted the damage.
Wiltshire ended the day a commanding 275 runs in front and by the time the home side were finally removed for 368 early on day two, they had managed to extend their first innings advantage to a significant 309 runs.
Will Wade (71) and Patrick Greishaber (56) led the way with half centuries before last-wicket pair Joe King (44) and Arney (37no) added 71.
Shrewsbury off-spinner Henry Blofield claimed 3-90 while there was two wickets apiece for Alex Wyatt, Sam Griffiths and David Wainwright.
Shropshire lost openers Oliver and Leach before lunch and then James Ralph just after to reduce them to 67-3, but Oswestry’s Joe Carrasco played well for 55 until being caught behind by Greishaber off Afridi.
Ross Aucott just fell short of completing his fifth Championship half century of the summer, bowled for 48 by Afridi (3-49), and when David Wainwright and Henry Blofield were both removed by Mike Reynolds, Shropshire were 170-7.
Omar Ali cut loose to crack 55 from just 34 balls, hitting nine fours and two sixes, until he fell to spinner Joe King (4-67) with the score on 216.
Harry Chandler and, finally, Sam Griffiths were then dismissed to leave Shropshire all out for 230 as they suffered a second defeat in six Championship matches this season.
“We just didn’t play very well, unfortunately,” added Krikken. “We’ve given our all over the season and unfortunately it just wasn’t to be over the last couple of days.
“We batted first on a wicket that we thought was going to get worst and the two Wiltshire seamers bowled really well up front.
“When we bowled at them, we weren’t on the money early doors unfortunately, and they just got away.”
Stuart Dunn
Picture : Shropshire celebrate taking a wicket at Devizes
http://www.shropshireccc.co.uk/wp-content/uploads/2016/08/Wiltshire-Devizes-2016-001.jpg 415 730 Brian Foxall http://www.shropshireccc.co.uk/wp-content/uploads/2013/12/SCC-Website-Logo-340x156-WhiteText.png Brian Foxall2016-08-16 10:31:112016-08-16 10:31:11Shropshire end season with defeat at Wiltshire
Henry Blofield Shropshire CCC profile