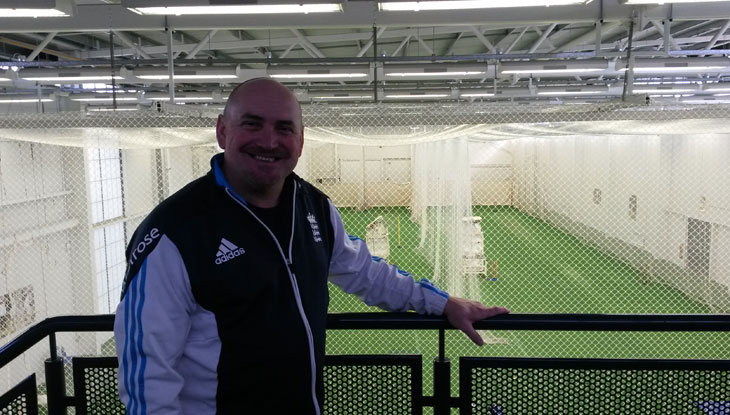 Shropshire were knocked off the top of the Unicorns Championship’s Western Division after tasting defeat for the first time this season – but director of cricket Karl Krikken insists the county remain well placed to challenge top two Cornwall and Berkshire.
After opening the season with three successive Championship victories, Shropshire were beaten by six wickets by Berkshire, with the visitors completing victory just before lunch on the third and final day at sweltering Shifnal.
The result saw Shropshire, whose final two games are both away, at Cheshire from July 31, and Wiltshire from August 14, slip to third in the table.
But they sit just eight points behind new leaders Cornwall and seven adrift of second-placed Berkshire, with the top two sides set to go head to head in the next round of matches in the south west.
Krikken said: “We’ve played some good cricket over the first four games to win three of them outright. Cornwall and Berkshire play each other next, first against second, and we’re eight points behind, so it’s still a good position.
“If we win our last two, we won’t be far out, but we’ve got to play better than what we have done over the past three days.”
Bowled out for 193 in their second innings early on the final day, it left Berkshire with a modest victory target of 91 as they achieved what Dorset, Oxfordshire and Cornwall before them had been unable to do this summer by getting the better of Steve Leach’s men in the Championship
The visitors lost four wickets in getting past the winning post – three of them to impressive paceman Alex Wyatt, who ended with overall match figures of 9-119 – but Berkshire still had plenty in reserve as they celebrated a job well done in the scorching Shifnal sunshine.
“We’ve been beaten by the better side over the three days,” admitted Krikken. “They played some good cricket.”
Resuming on 146-6, a slender lead of 43, Shropshire’s hopes of posting a competitive second innings total were quickly dealt a double blow as they were reduced to 153-8 as Tom Nugent removed Henry Blofield and wicketkeeper Luke Tinsley in the same over.
Experienced Bridgnorth batsman James Ralph, with some support from tailenders Wyatt and Sam Griffiths, managed to complete a battling half century from 113 balls before he was last man out, bowled by Matt Carter, for 55 to leave Berkshire chasing 91 to wrap up victory.
Wyatt gave Shropshire early hope by removing Waqar Hussain with the score on eight, but some telling blows from Richard Morris kept the scoreboard ticking over.
Spinner David Wainwright bowled Ollie Wilkin for 11 and when two more lbw appeals went the way of Wyatt (3-39), getting rid of Richard and James Morris, Berkshire were 60-4.
But Andy Rishton (26no) and Billy Rogers (20no) then knuckled down to get the job done as they led Berkshire to 92-4 inside 19 overs, wrapping up victory shortly before lunch.
Shropshire had opted to bat first on an eventful opening day which saw 17 wickets tumble. The hosts were struggling at 103-5 until Ross Aucott, at No 6, their star man with the bat in the last match against Cornwall, again stepped into the spotlight to carve out his fourth successive half century for the county.
The Worfield man hit a six and nine fours before falling for 79 as Shropshire were eventually bowled out for 209, with Carter taking 4-42.
Berkshire, in reply, ran into a man in form in Wyatt. By the close of play he had helped himself to 6-38 and reduced Berkshire to 143-7, an overnight deficit of 66 runs.
The second day most certainly belonged to Berkshire. Their remaining batsmen impressively lifted the score up to 312, with Shropshire initially frustrated by a stand of 110 for the eighth wicket between Chris Peploe and Rishton. Blofield eventually ended the partnership, trapping Peploe lbw for 69, and Rishton then departed lbw to Wainwright after facing 213 balls for 92.
Shropshire began their second innings trailing by 103 runs and were soon in trouble at 28-3. Skipper Leach (30) and Wainwright (32) attempted to steady the ship before both fell in quick succession to leave the hosts in real trouble at 84-5.
Ralph and Blofield tried to spark a fightback and took Shropshire to 146-6 at the close of day two, but Berkshire had already laid the foundations for their victory.
Pictured: Karl Krikken, Shropshire’s director of cricket, said the county remain in a good position.