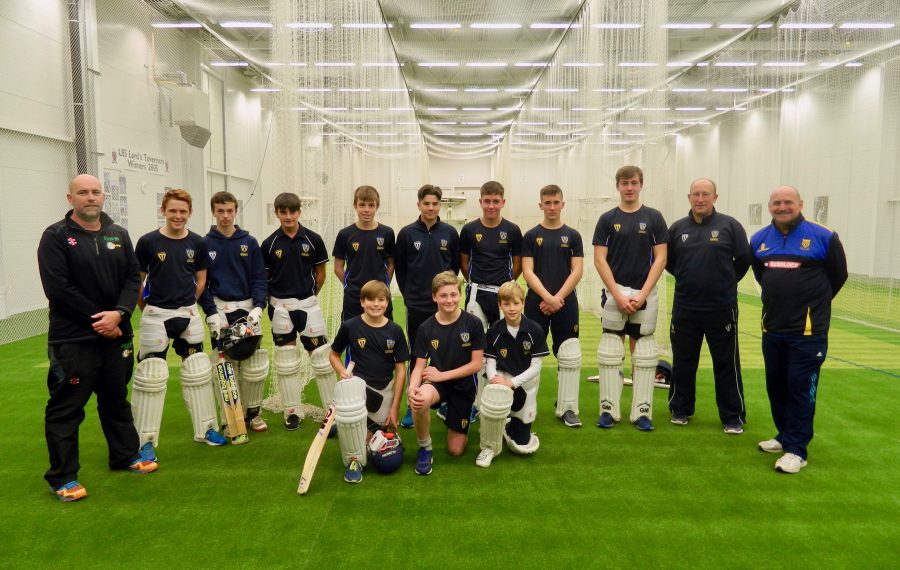 Talented young cricketers from around the county will have the chance to perfect their skills with Shropshire’s Emerging Player Programme.

It’s part of an exciting partnership between Shropshire County Cricket Club and the Shropshire Cricket Board, with the programme introduced to identify promising up and coming players.

Sponsored by Besblock, already keen supporters of cricket in the county, 14 gifted Shropshire players between the ages of 13 and 18 will now receive the opportunity to attend training sessions at the Neville Cardus Indoor Cricket Centre at Shrewsbury School for eight weeks.

Selection for the programme took place following a fortnight of trials under the watchful eye of Karl Krikken, Shropshire’s experienced director of cricket.

He said: “There’s a lot of young talent within Shropshire and the Emerging Player Programme will supplement the many other good things that are already taking place in the county.

“We held two weeks of trials and now the 14 lads selected will join us each Friday night for eight weeks leading up until Christmas.

“I’ll work with the batters and do some wicketkeeping work while we will also be joined by some very good coaches.

“We will also have Ed Ashlin and a number of other Shropshire Cricket Board coaches with us, so it’s a great chance for the young cricketers to work on their skills.”

Toby Shaw, the chairman of Shropshire CCC, said it was another exciting addition to help the development of young talent.

He added: “We are delighted to be introducing a new Emerging Player Programme as part of our collaboration with the Shropshire Cricket Board.

“It’s funded by the county club and led by Karl Krikken.

“We are very grateful for the generous support we’ve received from Andrew Huxley at Besblock as sponsors. He and his family have been long-time supporters of the county club.

“We invited 24 players for trials with that number then whittled down for the final eight weeks.

“We are pleased to be bringing in some very specialist coaches and are very excited about this programme as the youngsters taking part are going to be future county players and also, potentially, first-class players.

“There’s lots of talent in Shropshire which we wish to nurture. We want to have a programme where we can identify players at a young age that we can develop and can eventually achieve future honours playing for their home county.”

Pictured: Some of the youngsters part of Shropshire’s Emerging Player Programme at a training session at Shrewsbury School with coaches Howard Dytham, left, the former academy director at Derbyshire, and, right, Darrell Corfield from the Shropshire Cricket Board and Shropshire’s director of cricket Karl Krikken.

Leach to continue as Shropshire captain – with Parton to lead county’s...
Scroll to top