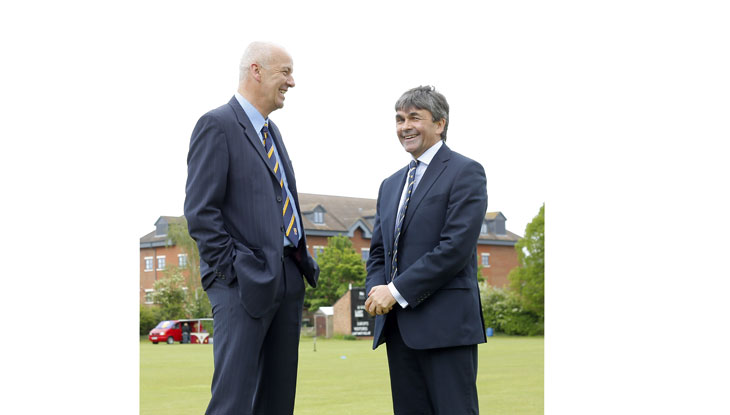 The leading bodies in Shropshire cricket will now work closer together for the long-term benefit of the game in the county as they strive to form a clearer player pathway.
Shropshire County Cricket Club and the Shropshire Cricket Board together with all cricket clubs in the county have formed a closer alliance to ensure a bright future locally for the game.
A growing number of exciting cricketers have emerged from the Shropshire junior set up to enjoy successful careers in the first-class game in recent times, including England batsman James Taylor, Jack Shantry, Joe Leach, Ed Barnard, Adam Shantry, Dan Redfern and Joe Clarke, who recently received his first call up to represent England Lions.
Now Shropshire cricket officials believe working closer together can only help create a clearer player pathway for more talented youngsters to progress through the junior ranks to eventually play Unicorns Championship cricket for the county.
Promising young players have long had the chance to play for the Shropshire Cricket Board sides from under-10 to under-17 level.
Shropshire County Cricket Club’s senior team compete in the Unicorns Championship while they also run a development side for under-21 players – and that side will now be run in partnership with the Shropshire Cricket Board to help bridge the gap for youngsters stepping up from junior representative cricket.
Toby Shaw, the chairman of Shropshire County Cricket Club, said: “We recognise the importance of creating a strong and robust player pathway for recreational cricket in Shropshire with the view of allowing players to achieve their potential to the pinnacle of them playing for the county.
“Up to the age of 17 all the cricket education and coaching has historically been done by the Shropshire Cricket Board.
“There would then be a period of perhaps losing players from the age of 17 and when the chance would perhaps come along a few years later to play for the county’s development squad at under-21 level.
“This has been a period where we have lost players, but now we are forging a much closer relationship with the Shropshire Cricket Board and we’re working in partnership to improve the standard of cricket.
“It will allow us to recognise talented players at a younger age and Karl Krikken, in his new role of Shropshire CCC’s Director of Cricket, will work very closely with Richard Cox and also the Shropshire Cricket Board coaches who will provide useful information about up and coming players.”
Richard Cox, the general manager of the Shropshire Cricket Board – the governing body for cricket in the county – said he welcomed the opportunity to form closer links with the county club and the many clubs within the county and feels it can only be a positive step moving forward in helping the transition of players through to Shropshire’s Unicorns Championship side.
He added: “I’ve been in the post for nine months and have had lots of discussions to work more closely with the county club and the Shropshire County Cricket League clubs – it’s been an exciting time trying to get everyone together.
“We want to put things in place that are visible for all to see and one of the initiatives was the idea that the Development XI will now be run by the cricket board and the county club.
“It’s an extension of Karl Krikken’s remit and will allow more opportunity and scope to produce young players and make them the best they can be.
“We’re going to revamp the traditional festival for the Development XI at Shrewsbury School and it will also be held much earlier in the season than previously, between July 12 and 14, with first class counties Lancashire, Northamptonshire and Durham all sending Academy teams to take part.
“We will also have strong stand alone fixtures for the Development XI against teams such as Cheshire on June 14 and at Staffordshire on June 28, with one or two more in the pipeline.
“Winter sessions are planned, there will be a two-day Easter camp on March 30 and 31 and I’ll be working alongside Karl and also Luke Sharples, who runs our development performance programme.”
Any clubs who have players of the potential to play in the Development XI squad should contact Karl Krikken at kkrikk@outlook.com.
Stuart Dunn
Pictured: Richard Cox, left, the general manager of the Shropshire Cricket Board, and Toby Shaw, chairman of Shropshire County Cricket Club, are looking forward to working closer together.
http://www.shropshireccc.co.uk/wp-content/uploads/2016/02/Richard-Cox-and-Toby-Shaw.jpg 415 730 Brian Foxall http://www.shropshireccc.co.uk/wp-content/uploads/2013/12/SCC-Website-Logo-340x156-WhiteText.png Brian Foxall2016-02-08 09:58:352016-02-12 13:02:34Shropshire’s leading cricket bodies now working closer together
Redfern returns home to sign for Shropshire