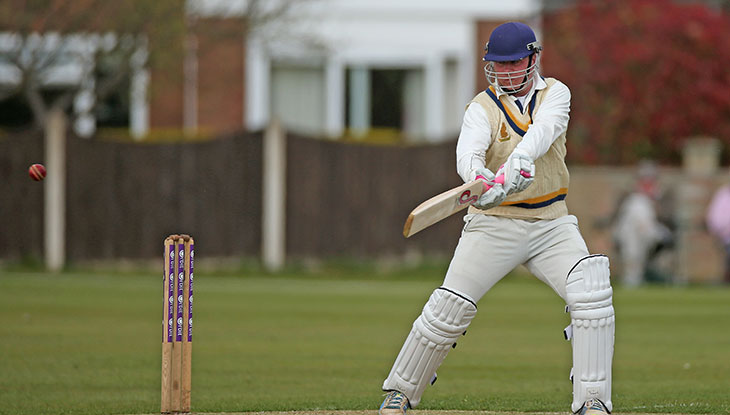 A fine display from captain James Ralph helped Shropshire, who remain unbeaten in the Unicorns Championship this season, enjoy the better of a draw at Berkshire.

The experienced Ralph struck half centuries in both innings and also delivered his best bowling figures for the county, a five-wicket haul, in Berkshire’s first innings at Newbury’s Falkland Cricket Club.

“To score fifties in both innings and record his best bowling figures in the Championship is a great effort,” said Shropshire coach Karl Krikken. “Ralphy had a very good game with bat and ball, and he led the team really well again.

“We played very good controlled cricket, but just ran out of time. Had it been a four-day game, I think we would probably have won.

“But it’s all very encouraging for the future and I would imagine we will still be in the top three in the table.”

Shropshire, having opted to bat first, made a flying start on Sunday’s opening day with openers Omar Ali (61) and Steve Leach (47) putting on 105 inside just 16 overs.

Skipper Ralph then struck 50 before Ross Aucott, at No 8, added extra impetus down the order with an excellent, unbeaten 74 from 88 balls, hitting a six and 10 fours to lift the Shropshire total up to a competitive 330-9.

Chris Peploe, the former Middlesex spinner, was the pick of the home attack, taking 5-117.

Ralph, a leg spinner, engineered the Shropshire fightback with the ball by claiming 5-50 from 18 overs – his best ever Championship figures for the county – and Gurman Randhawa was also to the fore with 3-86.

That left Shropshire with a 41-run advantage at the start of the second innings and Leach (39), swiftly followed by Oswestry youngster Robbie Clarke (41), quickly set about stretching it as the county closed the second day on 124-3, a lead of 165 runs.

Tom Weston (38) and Simon Gregory (28) kept the scoreboard ticking over early on the third and final day before skipper Ralph maintained his excellent form by making 72, his second half century of the match, with Shropshire opting to declare on 288-7 once he was out just after lunch.

That meant Berkshire were set a victory target of 330 from a minimum of 58 overs.

Stephens, their first innings centurion, was going well until he fell to a fine catch from Matt Higginbottom off Charlie Morris’s first over of the day.

Shrewsbury spinner Morris went on to claim 3-26 as Berkshire’s innings closed on 155-4, the two captains shaking hands on a draw worth 12 points to Shropshire and 11 to Berkshire at 5.30pm.

“We’ve produced three strong performances in the Championship,” added Brian Foxall, Shropshire’s chairman of selectors. “All the young lads in the side are gaining more experience and it bodes well for the future.

“We’ve got three winnable games to come, so who knows what might happen.”

Shropshire, who have won one and drawn the other two of their three Championship games this season, hit the road again for their next three-day game as they take on Dorset at Dean Park, Bournemouth in a match which gets under way on Sunday, July 19.

Shropshire are also in action this Thursday, July 9 when they take on an Invitation XI featuring former Test players Wasim Jaffer and Corey Collymore at Wrekin College in the annual ResourceBank Challenge match (11am start). Nearly 700 guests will enjoy hospitality at the event.