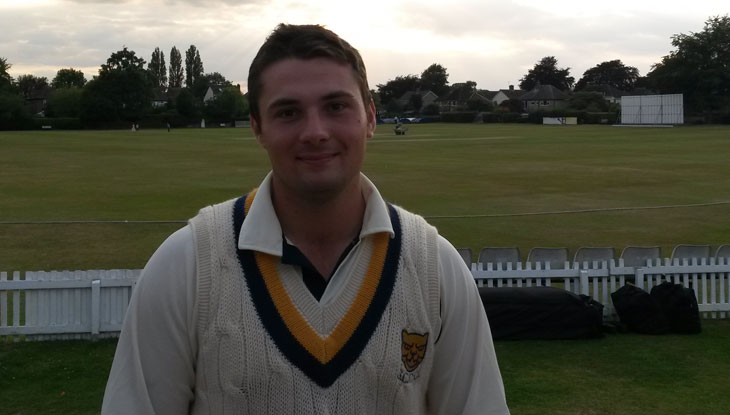 Shropshire captain Steve Leach is confident his side can continue to improve as they look to build on an encouraging start to the season.

Impressive Unicorns Trophy victories over Herefordshire and Staffordshire have set up a quarter final tie against Norfolk at Manor Park, Horsford, Norwich on Sunday, June 10.

Leach insists it’s a game to look forward to and believes there is much to be optimistic about as he looks to the future.

“I’m very confident that we’ve got 12 or 13 lads that will do the business for us,” he said. “It was a great day for Shropshire cricket on Sunday, getting over the line against Staffordshire.

“We beat Herefordshire in the first round, so we’ve knocked out two of the favourites for this competition in the first two rounds, so I don’t really need to say any more than that. It’s been a great effort from all of the guys.”

Robbie Clarke, the Oswestry captain, played the lead role in last Sunday’s clash at Himley, hitting an unbeaten 107 to steer Shropshire to a one-wicket victory after being handed a late call up to the side.

Leach said: “Robbie was superb. Jack Edwards pulled up on Saturday and Robbie had scored a magnificent hundred for Oswestry against Shifnal, so it was quite the weekend for him.

“We keep telling the lads from a selection point of view that the Birmingham League is a very good league and if you do well and you score hundreds, you take five wickets, you’ll get picked for our team.

“All credit to Robbie. He’s earned his place in the team and he played a matchwinning knock. I struggle to find words for it really as it was absolutely superb.”

“I keep telling the lads that we’ve got enough firepower in our team. I want our batters to feel empowered and feel like we can score at six, seven, eight an over if you back yourselves to take the bowlers on.

“Robbie was our matchwinner at Himley, but we’ve got half a dozen, if not more, matchwinners in our side. I think we can take a lot of confidence from knocking off 265.”

Leach also highlighted the contribution with the ball against Staffordshire of Shrewsbury seamer Mike Barnard.

Shropshire name 12-man squad for Twenty20 matches against Herefordshire on ...
Scroll to top