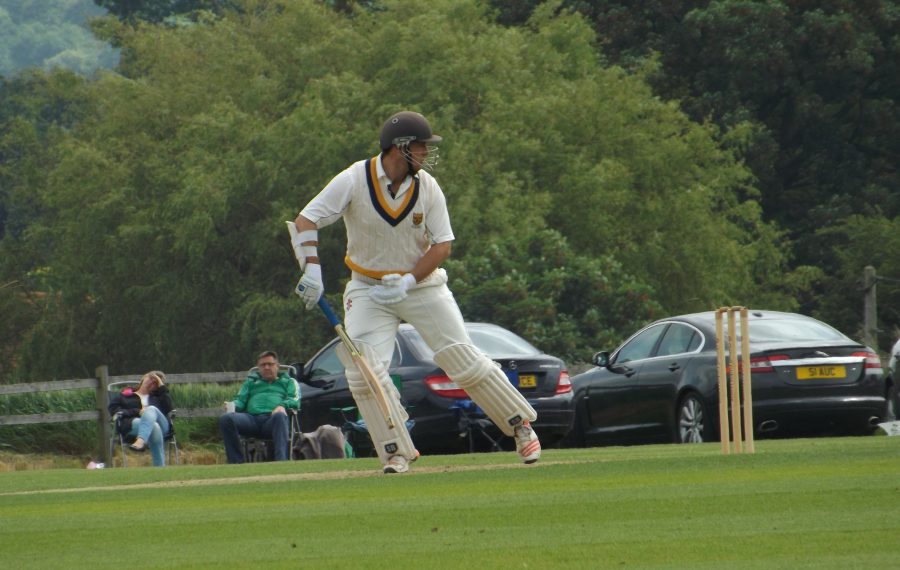 Shropshire skipper Steve Leach has urged his team to end their Unicorns Championship campaign on a positive note by beating Wiltshire.

Shropshire are unbeaten in five Championship matches this term but have won only once, against Oxfordshire at Shifnal, and currently sit sixth in the western division table.

Leach now wants his team to sign off in style when Wiltshire, in ninth spot, head to Bridgnorth for a three-day clash which starts on Sunday.

“We would love to end on a winning note,” said Leach. “Importantly, we haven’t been beaten in the Championship yet this season, so if we can maintain that record over the three days that would be a big positive, and preferably we want to do that by securing a win.

“We also played Wiltshire in the last game last season when arguably there was nothing really to play for and we got skittled. I’m really keen to avoid that happening this time and it would be nice to get one over on them and right a few wrongs from that match.

“But they’re not a bad team at all and have won the western division in recent years. I well remember the match we had with them at Whitchurch in 2014 which they won in the last session on the third day to become champions.”

Leach insisted he was looking forward to returning to Bridgnorth’s Cricket Meadow, a ground which hosted Shropshire’s two prestigious T20 friendlies against Birmingham Bears in June.

Added local interest is expected to be provided by the likely inclusion in the side of Bridgnorth duo Sam Whitney and Simon Gregory after they both impressed in the county’s last match at Devon.

Leach said: “Bridgnorth’s a really lovely place to play. The pitch is always good with a quick outfield. The hospitality is always excellent and there’s a really friendly atmosphere.

“We look forward to hopefully putting on a good show there and hopefully there will be a couple of Bridgnorth players in the side who will be able to enjoy playing in front of their home crowd.”

Reflecting on the season as a whole, Leach admitted it had not gone to plan considering Shropshire had ambitions of pushing for the western division title.

“We know we haven’t played our best cricket at times,” he added. “We set our stall out to ideally win it, but credit to Berkshire as they have again been worthy champions to win the division with a game to spare.

“They’re a good team, they work hard and they have really good availability which means they keep the same core group of players for every game.

“As far as we’re concerned, we haven’t consistently played the cricket we would have liked to play, only in patches.

“But we’ve shown a lot of character to hold on in a couple of really tough situations. You could say that the weather has ultimately helped us out in one or two draws, but I think it’s also hindered us in other matches. While it’s not an excuse, I think the weather has certainly stopped us getting going at times.”

The first ball will be bowled at Bridgnorth at 11am on Sunday with admission free for spectators on all three days.

Pictured: Steve Leach, the Shropshire captain, is seeking a winning end to the season against Wiltshire.