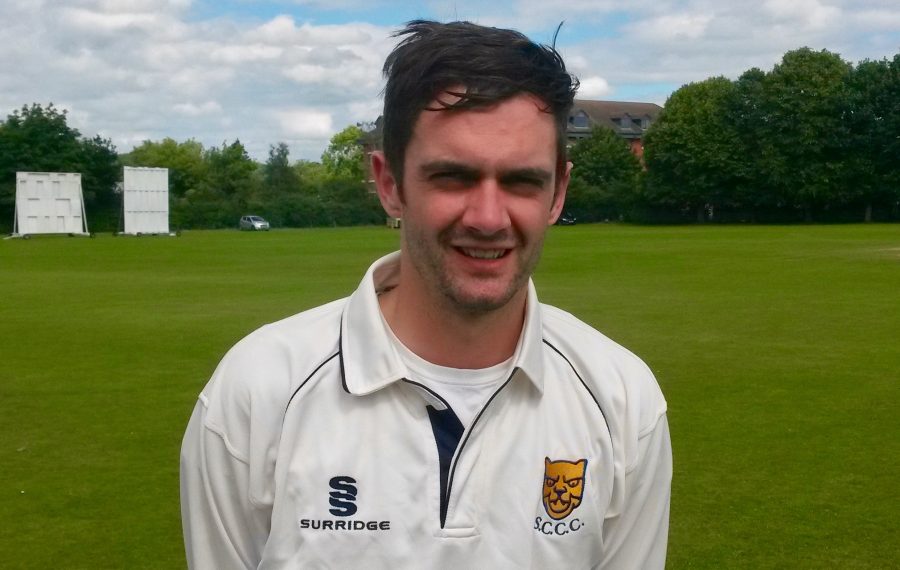 Spinners David Wainwright and Sam Whitney set up an impressive Shropshire victory as the county ended their Unicorns Championship campaign in style by beating Wiltshire by six wickets.

Wainwright and Whitney shared all 10 Wiltshire wickets between them as the visitors, having scored so freely in their first innings, were dismissed for 208 second time out.

That left Shropshire chasing 238 for victory and Will Parton’s unbeaten 73, his highest score for the county, saw them past the winning post at Bridgnorth.

It means Shropshire end their Championship season unbeaten with two victories and four draws from their six matches.

“Sam found a really good rhythm and bowled really patiently into the rough stuff that the seamers had created over the first two and a half days.

“Between the two of them, we just choked the run rate. We knew this morning if we did that we would always have control of the game and that’s the position that we managed to get ourselves into by getting within 30 runs of them after the first innings.

“The pressure was always on Wiltshire and unfortunately for them they did seem to crumble under it.”

Wiltshire started the final day on 20-1, a lead of 49 runs, and lost three wickets, all to Wainwright, in the opening hour.

The former Yorkshire and Derbyshire man trapped both Will Wade and visiting skipper Ed Young cheaply lbw while he also removed Ashur Morrison, caught by Alex Wyatt for 18, to reduce Wiltshire to 68-4.

Wainwright then struck for the fifth time in the innings when opener Steve Bullen, having made 60, fell lbw.

Fellow spinner Whitney, playing at his home club ground, then got in on the act, getting rid of Jake Goodwin, caught and bowled for 22 to leave the visitors 122-6.

Wainwright made Neil Clark, who had hit a century in Wiltshire’s first innings, his sixth victim when he bowled the potential dangerman for six as the visitors reached lunch at 167-7.

Whitney, the Bridgnorth captain, removed Tahir Afridi, caught and bowled for 26, and then he delivered again, Luke Evans departing to a Will Parton catch at mid on to make it 201-9.

Whitney wrapped up the innings when Mike Reynolds went for 43, caught by Joe Carrasco at deep square leg, to leave Wiltshire all out for 208.

Both Wainwright and Whitney claimed Championship best figures, with Wainwright taking 6-73 from 39 overs and Whitney, in just his second three-day match for the county, 4-85 from 24.3 overs.

Shropshire openers Leach and Joe Carrasco laid solid foundations to the chase, putting on 95 before Oswestry’s Carrasco was caught behind off Morrison for 44.

Leach followed him back to the pavilion shortly after tea for 57 – his second half century of the match – before Shropshire lost two wickets in the 33rd over, bowled by Afridi, with Robbie Clarke out for 16 and Wainwright without scoring.

That left the hosts on 158-4, but Shrewsbury’s Parton, supported by Ross Aucott, both showed cool heads to see the job through to 240-4 just after 6pm.

Parton faced 65 balls for his undefeated 73, which included two sixes and 11 fours, while Aucott ended on 29 not out.

Leach said: “The pitch was a good pitch and it was still good to bat on. For me personally, it was a matter of trying to put their bowlers under as much pressure as possible and I thought the way Joe Carrasco played was really responsible and he punished the bad ball.

“Fortunately for us, we managed to get a bit of a partnership going and then Will Parton was destructive. He just completely took them apart. He was extremely clinical and he accelerated through his innings. He timed it absolutely perfectly.

“We ended up cantering to the victory with over half an hour’s cricket left to play which when you’re chasing 240 is no mean feat.”

Wiltshire had elected to bat first on the opening day and posted 418-7 from their 90 overs. Opener Bullen laid solid foundations by making 75 before Clark and Reynolds cut loose to put on 167 for the seventh wicket in 16 overs.

Clark led the way with an accomplished knock of 124, from 102 balls, which included seven sixes and 12 fours, and Reynolds added a quickfire, unbeaten 67.

Wainwright, with 3-93, was again the pick of the Shropshire bowlers.

Leach added: “Credit to the Bridgnorth ground staff and all at the club. It’s a lovely place to play and we seem to do well there.”

End of an era as Colin Barthorpe calls time on his role as Shropshire CCC’s...
Scroll to top