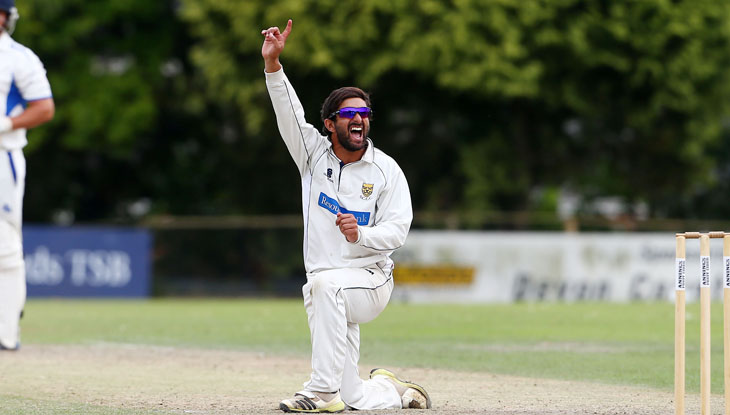 In very difficult blustery conditions Staffordshire had the better of proceedings at Walsall CC.

Having been put into bat Shropshire made a positive start against the opening seam attack. The introduction of slow left arm bowler George Harding put the brakes on however and Shropshire subsided to 92 for 6 (Ryan Lockley 38 )

Any thoughts that the total would prove competitive in the continuing windy conditions were dispelled by an excellent opening partnership , Alex Mellor being the only wicket to fall, to Gurman Randhawa, for 50. Staffordshire captain Kadeer Ali was closing in on his half century when the rain arrived, with the total 117 for 1, and the game was abandoned.