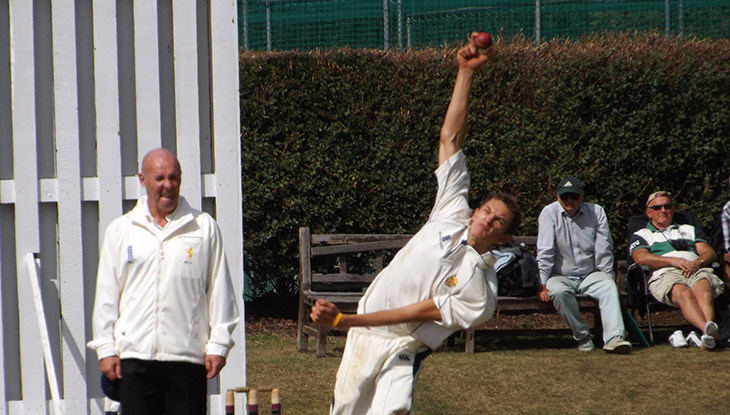 Shropshire are obliged to make one change to the team that enjoyed victory in two days against Dorset.

Jack McIver is unavailable due to his participation in the MCCU final at Lord’s on Tuesday 21st. His replacement is Shrewsbury’s Henry Blofield .

Picture – Henry Blofield on debut against Cheshire in 2013